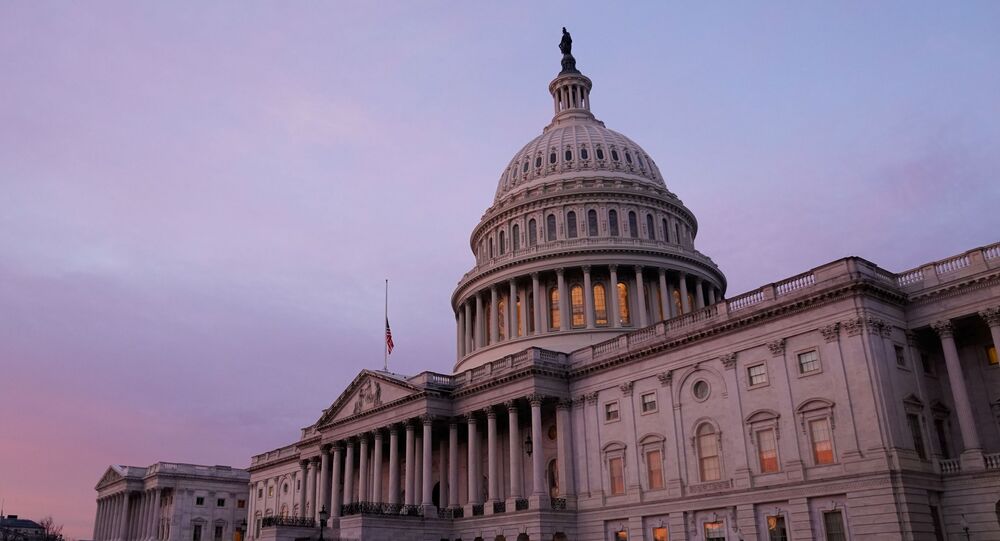 WASHINGTON (Sputnik) - Nearly three-fourths of US adults agree that the deadly January 6 storming of the Capitol should be classified as a riot, but a huge partisan gap exists on whether it reached the level of insurrection, a Monmouth University Poll revealed on Thursday.

"Riot receives the most cross-partisan approval - 87% of Democrats, 67% of independents, and 62% of Republicans say the word is an apt description - but there is a wide gap for applying 'insurrection' to the event," a press release explaining the poll said.

"Insurrection" is an appropriate description for 85 percent of Democrats, 48 percent of independent voters and just 33 percent of Republicans, the release said.

Nearly half of Republicans (47 percent) suggested that "legitimate protest" was an acceptable description, compared with just 13 percent of Democrats and 39 percent of independents, the release added.

"Most Americans agree that the violence at the Capitol was not a legitimate protest. Whether it rises to the level of an insurrection depends on which side of the aisle you sit," Monmouth polling director Patrick Murray said in the release.

Should Congress form an independent commission to probe the violence – an unlikely scenario given opposition by Senate Republicans - clear majorities would approve of investigators looking into the growth of militant groups in the country (74%), the role of white nationalism (68%), whether Trump played a role (66%), and potential voter fraud in the 2020 election (58%), according to the release.