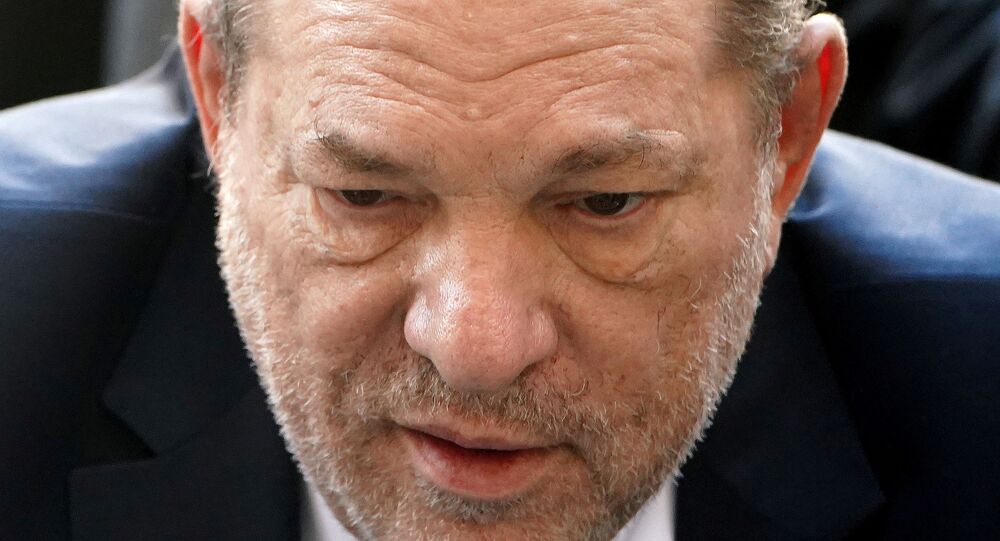 Once one of the most powerful Hollywood producers and now a convicted sex offender, Harvey Weinstein now faces additional charges sexual misconduct that could extend his 23-year prison sentence.

A New York court ruled on Tuesday to extradite Weinstein from New York to Los Angeles, where new charges of sexual abuse have been brought against him.

Erie County Judge Kenneth Case dismissed a motion for further postponement, but Weinstein’s attorney said he would file an appeal against the court’s decision.

According to the prosecutors, the defendant is expected to arrive in Los Angeles from New York in late June or the beginning of July.

Weinstein was to be transferred in May, but his lawyer team succeeded in delaying a court hearing in New York, saying that prosecutors hadn’t filed documents correctly. Attorneys also cited Weinstein's purported poor health and a need for surgery.

Prosecutors added an additional charge of sexual assault in April 2020 and six others in October of the same year. If Weinstein is found guilty in a Los Angeles court of all counts of rape and sexual assault allegedly committed toward five women between 2005 and 2013, he could face a maximum sentence of 140 years in prison.

Harvey Weinstein was sentenced to 23 years in prison in March 2020 following multiple accusations from numerous women, including iconic Hollywood actresses Angelina Jolie, Gwyneth Paltrow and Salma Hayek. The former high-flying film mogul was found guilty of rape in the third degree and inducement to sex in the first degree. Weinstein has not yet publicly admitted his guilt.