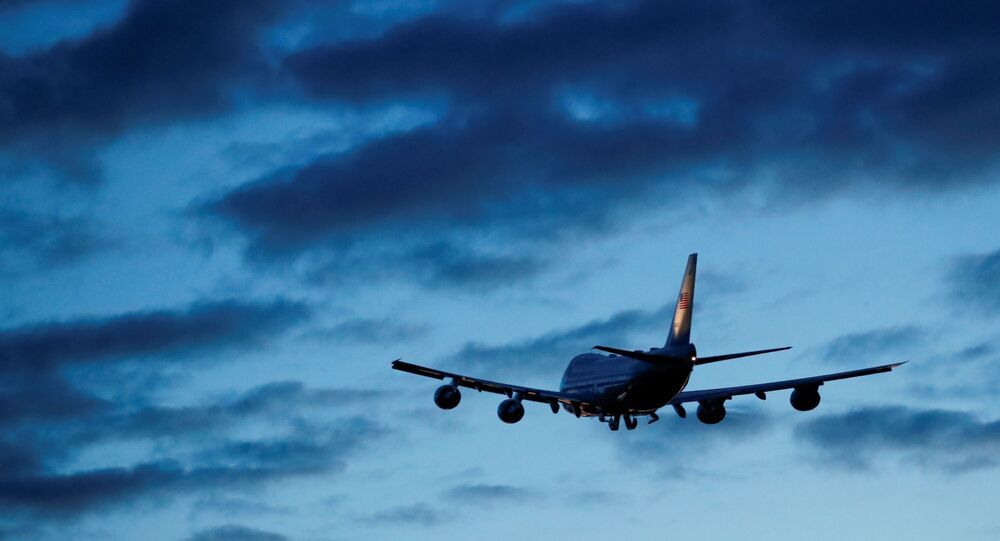 The new Boeing 747-8s are outfitted with military avionics, enhanced communications, and a self-defense system to act as an airborne White House, capable of flying in worst-case security circumstances such as nuclear war.

After Boeing requested a one-year delay, US President Joe Biden or his successor will have to wait even longer to try out the new Air Force One planes, presumably in 2025. The cost of the new presidential jets will also increase by $500 million, Defense News reported, citing top US Air Force officials.

In July 2018, the aircraft maker was awarded a fixed-price $3.9 billion contract to manufacture two 747-8 aircraft, also called the VC-25B, that were expected to be delivered to serve as Air Force One by December 2024.

However, due to difficulties with COVID-19 and subcontractors, Boeing now reportedly needs an extra year to deliver the planes, putting them in service a year later and increasing its price due to the unforeseen costs and the impact of the pandemic.

According to principal deputy assistant secretary for Air Force acquisition, Darlene Costello, quoted in the report, the Air Force is presently evaluating a revised plan offered by Boeing after the company got behind schedule in manufacturing the new aircraft aimed to replace the VC-25As, which first flew in 1991.

“Boeing has informed us that they believe it will be a 12 month [delay] beyond their original schedule. That doesn’t mean that we agree with that yet,” Costello said at the House Armed Services seapower and projection forces subcommittee hearing. “Our program team is looking at what they have assumed in their schedule and is doing … a schedule risk assessment."

Exosonic
Photo: Plans for Supersonic Air Force One Fly Ahead Even Before New 747s Delivered
And by September, the service expects to have completed all revisions on the VC-25B delivery schedule. She also reportedly added that the service may need to put in another maintenance cycle to keep the two current VC-25A aircraft functioning until the VC-25Bs arrives.

Because of a dispute with a supplier, Boeing declared a $318 million pre-tax charge in April related to the Air Force One presidential aircraft. GDC Technics LLC, a Texas-based business that specializes in the interiors of executive airplanes for heads of state and VIPs, has been sued by Boeing for missing the project deadlines.

According to the report, it remains unclear at the moment what will be the VC-25B program's final cost, which was anticipated to be $5.3 billion when ancillary costs like new hangars and altered technical manuals were factored in.

The 747 airliners used in the program were reportedly previously built for a now-defunct Russian airline that never took delivery of the jets. And in February 2020, Boeing began altering the two 747s that will become VC-25Bs at its San Antonio plant, adding the necessary security, defensive and communications equipment needed for its White House functions.

© AP Photo / Andrew Harnik
A model of the new Air Force One design sits on a table as President Donald Trump, right, meets with Colombian President Ivan Duque, left, in the Oval Office of the White House, Monday, March 2, 2020, in Washington.

Former President Donald Trump said in the National Geographic's documentary "The New Air Force One: Flying Fortress," that he was proud of the "stronger" new design he had chosen for the two aircraft, calling the current and previous designs "baby blue."

"I view this as something to do with legacy," Trump said during the interview, which was conducted in October 2019. "Every time I look at it I'll say, 'I had a lot to do with that.' Just, really, a representation of our great country."

The jets are referred to as Air Force One only when the commander in chief is on board. Since the 1940s, seven distinct plane types have been designed particularly to transport the president of the United States.