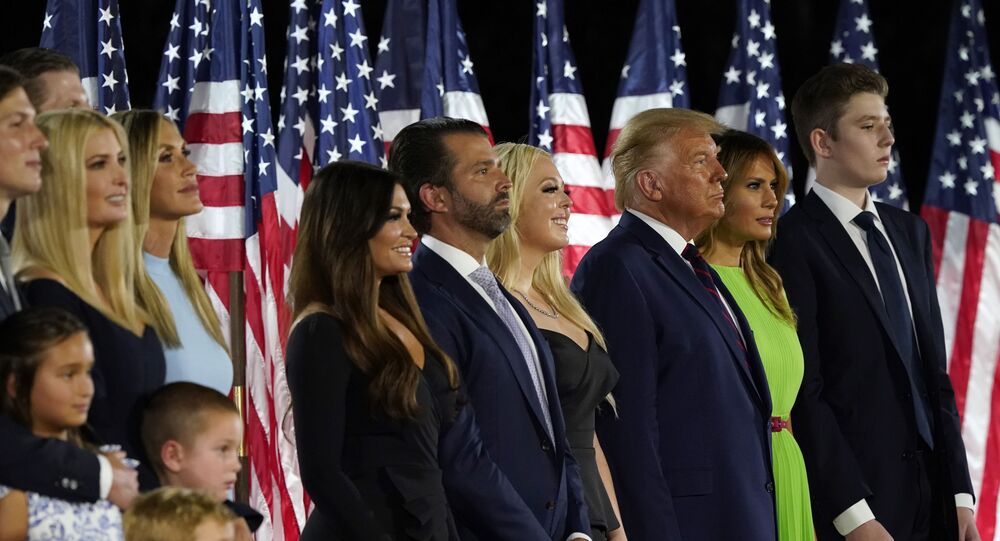 Trump's Niece Says 45's Children Could Cooperate With NY Prosecutors, Despite His Expectations

Jeff McConney, the senior vice president and controller of the Trump Organization, reportedly testified before a special grand jury earlier this week amid the Manhattan District Attorney's investigation into possible criminal charges against the company, related executives, or even former US President Donald Trump himself.

Psychologist Mary Trump, estranged niece of the 45th US president, asserted on Monday that she does not believe her uncle would waver if New York prosecutors came after his children -- her cousins.

"What would it mean to Donald Trump if they came after his kids? Would that change his disposition, do you think? Would he take one for his kids?" CNN's Chris Cuomo questioned.

"No, he wouldn't," Mary Trump replied.

"The only way [Trump] can continue to perpetuate the myths ... is to continue to lie. There is no truth here and there is no endgame," says former Pres. Trump's niece, Mary Trump. "...It's about maintaining power and using that in the event that he gets indicted." pic.twitter.com/f0Y0qNXCFE

​She went on to claim that Trump would expect his children "to take the hit for him, to benefit him."

"What he probably doesn't understand is that's not really how it works. You know, they always try to get people to flip so they can go after the bigger target," Mary Trump said, referring to the ongoing probe into the Trump Organization and its executives.

Mary Trump expressed that while Trump could think his children would not cooperate with prosecutors, she is "fairly sure they would."

"So if that indeed happens, it's going to be fascinating, because he would never do anything to protect them if it were at his expense," she added.

It's worth noting that Mary Trump's comments come as part of her press run for a new book, "The Reckoning," which, in part, claims the US is suffering from post-traumatic stress disorder, or PTSD, that cannot be repaired by "a new leader alone."

Months prior to Mary Trump's CNN interview, it was announced that she would be joining the board of directors for LPAC, an LGBTQ+ and womens' rights-focused super political action committee (PAC).

The super PAC's overarching mission is to get more female, LGBTQ+-identified politicians elected to public office.