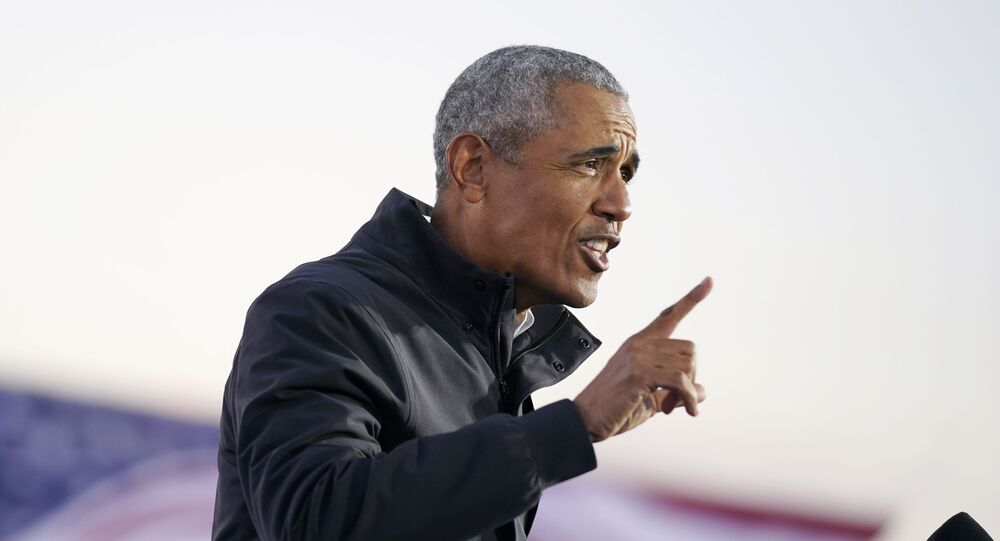 The former US president spoke during an event at the Economic Club of Chicago, urging corporate organisations to call out legislation that does not align with democracy.

Former President of the United States Barack Obama has slammed the Republican Party for pushing voting laws across the country, saying that GOP lawmakers are “rigging the game”.

Obama criticised the voting laws, citing as an example recently enacted legislation in Georgia and saying that it creates "a different set of rules for how votes are counted in Atlanta versus how they're counted in the rest of Georgia".

"That's the kind of dangerous behaviour that we're going to have to push back on".

The Texas legislation came a month after a similar Republican bill was passed through the Florida state House and Senate nearly along partisan lines, and two months after similar legislation in Georgia.

The bills also faced fierce criticism and resistance from the Democrats, with President Biden saying at the time in a similar fashion that the Georgia bill was "sick" and "un-American".