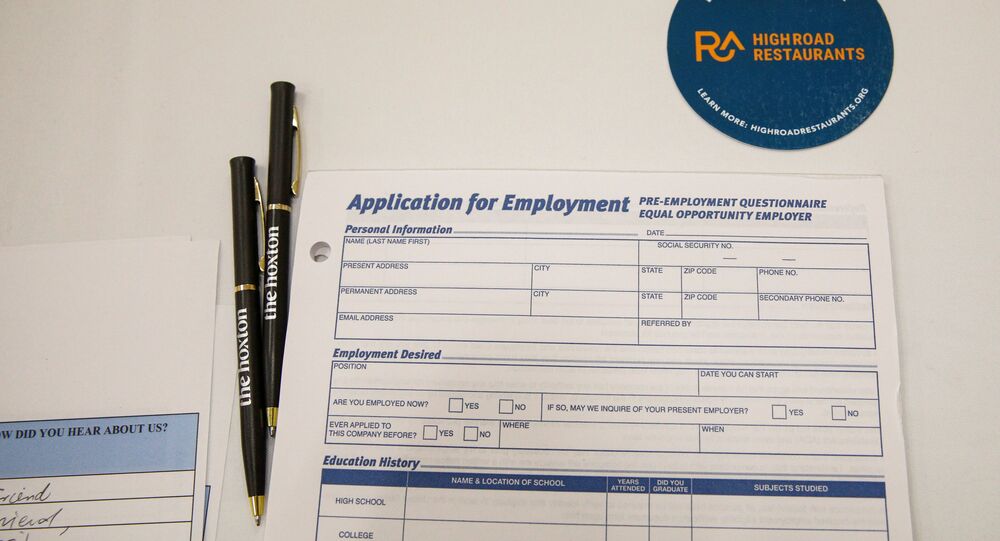 WASHINGTON (Sputnik) - US President Joe Biden hailed on Friday the new employment data as another sign of “historic progress” in overcoming the worst economic crisis in over a century.

The United States saw 559,000 new jobs in May and the unemployment rate fell to 5.8 percent, the Labour Department reported. However, the additions are well below economists’ forecast of 674,000 jobs.

"This report is based on week in early May... That week in May we only had 35 percent of working age adults fully vaccinated. They were still all wearing masks. Since then, 21 million more adults have gotten vaccinated making it easier for them to return to work safely", Biden said in televised remarks.

“Sure, this is progress, historic progress in pulling our economy out of the worst crisis that has been in one hundred years,” Biden added.

© AP Photo / Richard Drew
Dow, S&P 500 Hit Record Highs as Wall Street Reacts to Strong US Jobs Report
The US president described the report as “great news for our economy, our recovery and for the American people.”

Biden said the data indicates more than two million jobs have been created since he took office in January, “more jobs than have ever been created in first four months of any presidency in modern history, triple the rate of my predecessor, eight times the rate of President [Ronald] Reagan.”

The US president pointed out that the unemployment rate is now below 6 percent for the first time since the coronavirus pandemic hit.

“First time in 14 months we saw the largest decline in a number of long-term unemployed more than in the entire decade”, Biden said.

The United States lost more than 21 million jobs between March and April 2020, at the height of business lockdowns forced by the coronavirus. About 8 million of those jobs have yet to return, analysts said.