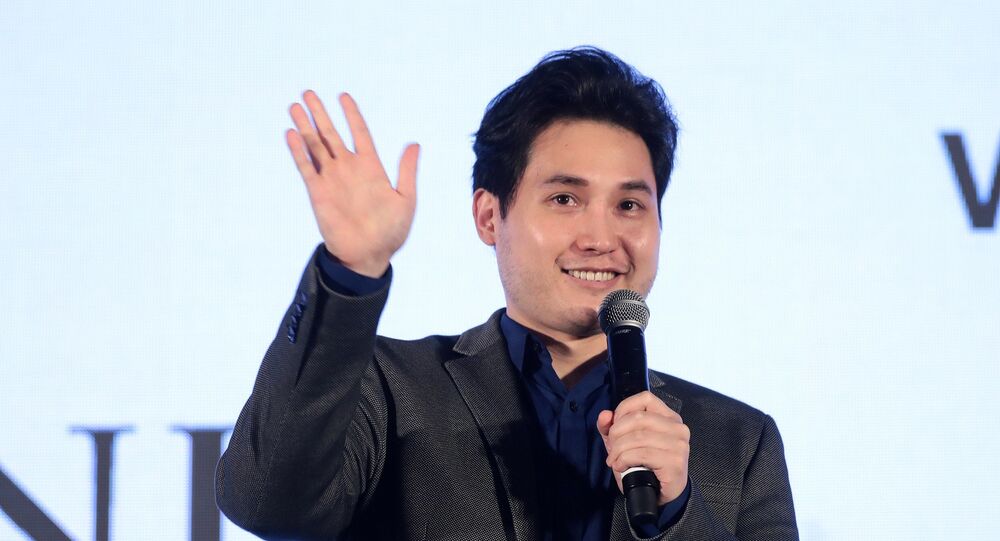 Antifa protesters have repeatedly attacked the reporter over the past years, mostly over his articles exposing the alleged dangers of the movement. The reported attack against him comes a month after the publication of his book "Unmasked: Inside Antifa's Radical Plan to Destroy Democracy".

Ngo, a journalist for The Post Millennial who has been published by The Wall Street Journal and The Spectator, was chased, tackled and beaten several times by a group of black-clad protesters in Portland on 28 May, OregonLive.com reported, citing publications on social media.

The person who protesters say is Andy Ngo was pushed over and a black lives matter flag was torn off as he was chased pic.twitter.com/86tJjCeGKZ

The man, who was presumed to be Ngo, reportedly managed to flee from his attackers and made it to a downtown hotel, The Nines, where he was eventually assisted by the police and taken to a hospital, according to accounts of events on social media.

Here is another version of the clip I shared earlier of what appears to be Andy Ngo hiding in a hotel in Portland after being identified and attacked by Antifa pic.twitter.com/IUVqkGcE1L

One video shows the man hiding behind the counter in the hotel as the author of the video, presumably an Antifa protester, threatens him and calls him by the name "Andy". According to media reports, the journalist tried to infiltrate the group of protesters, but was identified.

The journalist himself has not reported the incident on his social media so far, with the latest post being devoted to Antifa presumably vandalising an Oregon City street ahead of the "Flag wave" event taking place there. They also purportedly left graffiti calling the attendees of the event "fascists" and "right-wing extremists".

Portland has been no short of its share of protests and riots over the past year. The city witnessed nearly 100 consecutive nights of protests, that sometimes went violent, in the wake of George Floyd's murder. They continue to take place in the city, albeit not as frequent as before, with Antifa often taking part in them.

Andy Ngo had been covering the organisation's activity even prior to Floyd's killing, considering its actions to present a greater danger than mere street thuggery. In April 2021 he also released a bestselling book "Unmasked: Inside Antifa's Radical Plan to Destroy Democracy", where he shared several stories about being violently attacked by the members of the movement for his conservative views, as well as stories of other victims and the former followers of Antifa.