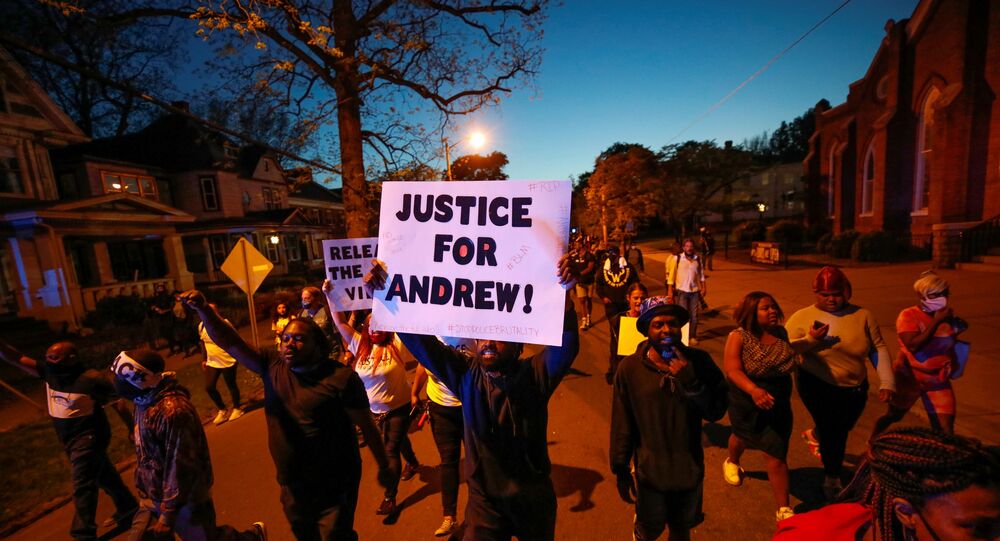 WASHINGTON (Sputnik) - The police shooting of Andrew Brown Jr. was tragic but ultimately justified due to the danger he posed to officers and the public at the time of the shooting, District Attorney Andrew Womble said during a Tuesday press conference.

Brown was shot and killed by police while trying to drive away from officers who had arrived to serve a warrant. The officers, who had surrounded his vehicle after he attempted to flee from the scene, feared for their safety after almost being run over by Brown. After this, they began firing rounds towards Brown, with the first shots entering through the front of his vehicle, contrary to earlier claims that he had initially been shot at from behind.

Police involvement with Brown began after a confidential informant told an investigator that Brown was distributing cocaine and heroin, which was laced with fentanyl, in the community. This was confirmed by investigators through undercover purchases prior to the issuing of the warrants which lead to the shooting.