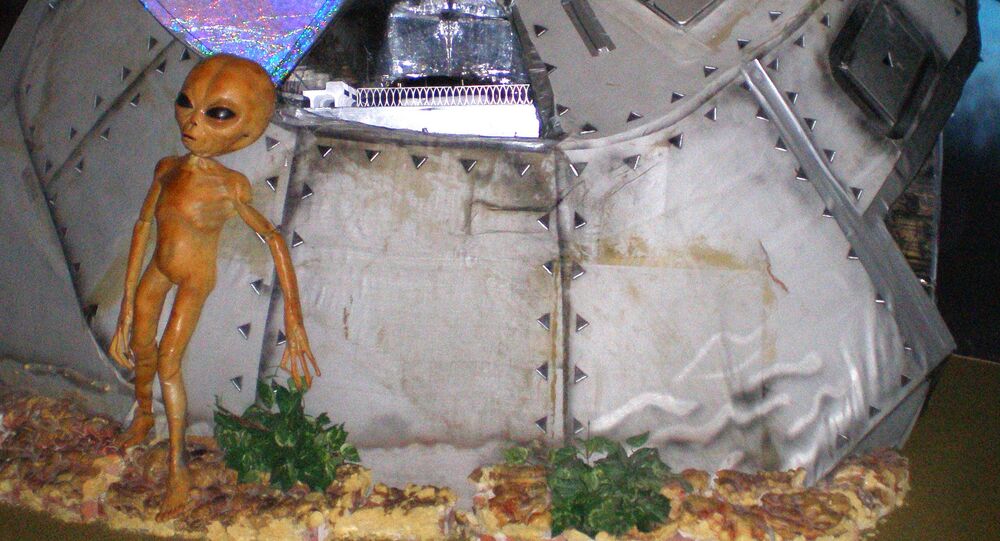 The video, recorded by the officer’s friends back in 2000, was kept "under wraps" until recently, when they "felt the time was right to let everyone see it."

New details of arguably the most famous UFO incident have emerged thanks to the revelations of a late former US Army officer, The Sun reports.

Walter Haut, who worked as a press officer for Roswell Army Air Field, reminisced about the 1947 sighting of a UFO apparently crashing near the base in a video that was recorded in 2000 by his friends. The footage was recently shared with the newspaper.

"To the best of my remembrance there was one body...it was a relatively small body comparable to maybe a 10 or 11-year-old child. It was pretty well beat up," he says in the video.

Haut mentioned, however, that he couldn’t remember the colour of the extraterrestrial.

"I am convinced that what I personally observed was some type of craft and its crew from outer space," he also reportedly declared in a sworn affidavit he made prior to his death in 2005.

As The Sun points out, the video has been kept "under wraps" until now, with researcher Anthony Bragalia, the first to publish the video on his website, saying that the footage "had previously only been viewed by a small circle of researchers and Haut family members."

"Given all the new information on UFOs coming out, they felt the time was right to let everyone see it," he remarked. "The confessional video helps to confirm the extraterrestrial nature of the Roswell crash."

Bragalia also suggested that the "alien bodies" do exist and are likely "stored in secure facilities with access only by those with a need to know."