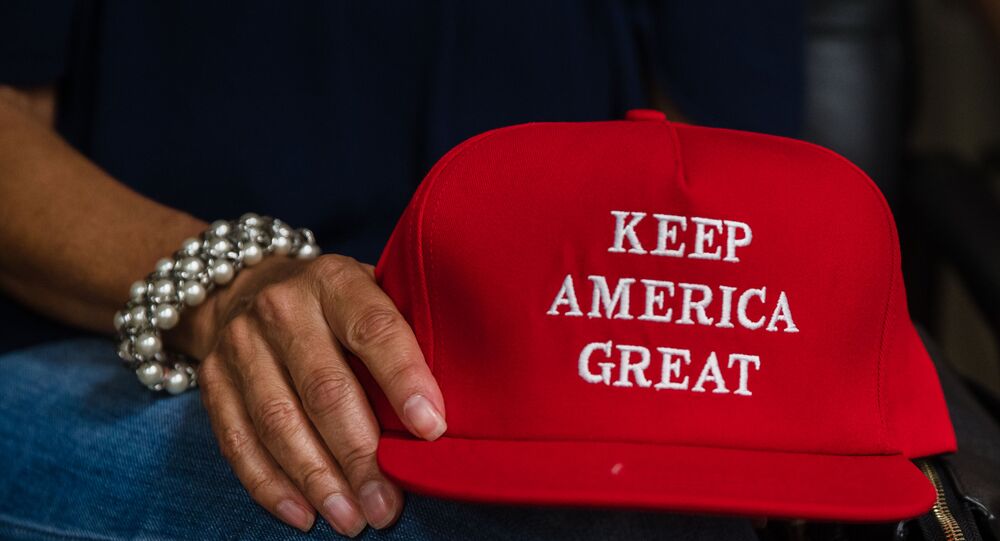 The news comes in the wake of Republican House lawmakers ousting fellow party member Liz Cheney from a prominent post, presumably over her opposition to Donald Trump and his policies.

Over 100 members of the Republican Party, including former ambassadors, lawmakers, and officials at the state and national level, as well as GOP chairmen are ready to split from the rest of the party in order to create a new organisation, former Department of Homeland Security Chief of Staff Miles Taylor has said.

Taylor, who is mainly known for his bombshell op-ed "Resistance Inside the Trump Administration" in 2018, told The New York Times that he was working on releasing a relevant open letter urging the GOP to change its ways, warning of an imminent exodus of party members. The former official did not put forth any specific demands by the signatories to the letter, instead saying that the GOP has to return to its core ideals which Taylor claims he still holds dear to his heart.

"I'm still a Republican, but I'm hanging on by the skin of my teeth because how quickly the party has divorced itself from truth and reason. I'm one of those in the group that feels very strongly that if we can't get the G.O.P. back to a rational party that supports free minds, free markets, and free people, I'm out and a lot of people are coming with me", the ex-official said.

The signatories are also expected to target ex-President Donald Trump in the letter, slamming his "unconscionable stranglehold on Republicans", The New York Times claims.

"When in our democratic republic, forces of conspiracy, division, and despotism arise, it is the patriotic duty of citizens to act collectively in defence of liberty and justice", the newspaper cited the preamble of the letter as reading.

Taylor, who in 2018 (at the time, anonymously) claimed to be a part of the internal "resistance" to Trump's policies and decisions in an alleged attempt to "preserve democratic institutions", has so far refused to name the other signatories to the open letter. An unconfirmed report by Reuters suggested that former governors Tom Ridge and Christine Todd Whitman, ex-lawmakers Charlie and Barbara Comstock, Reid Ribble, Mickey Edwards, and former Transportation Secretary Mary Peters are part of the effort to either reform the GOP or leave it to establish a new party.

"This is a first step. This is us saying that a group of more than 100 prominent Republicans think that the situation has gotten so dire with the Republican Party that it is now time to seriously consider whether an alternative might be the only option", Miles Taylor added.

The news comes in the wake of a decision by House Republicans to remove Liz Cheney as Chair of the House Republican Conference. The decision, made behind closed doors and endorsed by the House minority leader and whip, as well as Donald Trump, presumably came in response to Cheney's opposition to the former president. She criticised certain aspects of his policies and, in the final days of the Trump administration, she voted in favour of impeaching POTUS becoming one of the few GOP members to side with the Democrats in this effort.