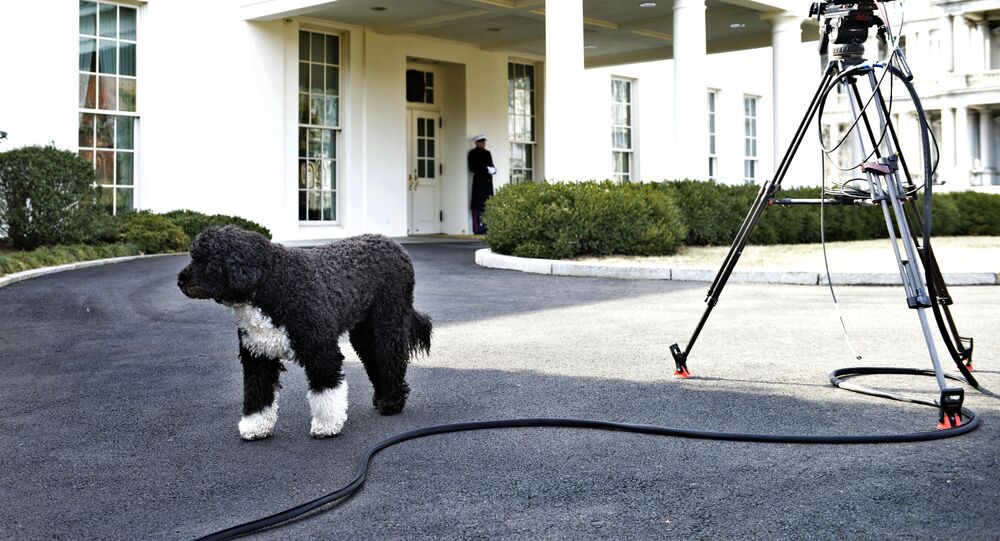 A Portuguese Water Dog, Bo, was a family pet of the former First Family of the United States, and was even occasionally referred to as the 'First Dog'. Born in 2008, the dog joined the Obama family a year later.

Former US President Barack Obama took to Twitter on Saturday to announce the sad news that their family's dog, Bo, died after being "a constant, gentle presence in our lives" for over a decade.

"He tolerated all the fuss that came with being in the White House, had a big bark but no bite, loved to jump in the pool in the summer, was unflappable with children, lived for scraps around the dinner table, and had great hair", Obama wrote in a heartfelt post on Twitter.

The two-term US president also shared a couple of photos of Bo, who was occasionally referred to at the White House as the 'First Dog' during his owner's tenure.

Today our family lost a true friend and loyal companion. For more than a decade, Bo was a constant, gentle presence in our lives—happy to see us on our good days, our bad days, and everyday in between. pic.twitter.com/qKMNojiu9V

He was exactly what we needed and more than we ever expected. We will miss him dearly. pic.twitter.com/CHweCxwJ7a

​Michelle Obama also released a statement on the death of the family pet, revealing that Bo died after "a battle with cancer".

"We are grateful for the love you showed him over the years. Please hug the furry members of your family a little closer tonight—and give them a belly rub from us", she wrote.

This afternoon was a difficult one for our family. We said goodbye to our best friend—Bo—after a battle with cancer. We are grateful for the love you showed him over the years. Please hug the furry members of your family a little closer tonight—and give them a belly rub from us. pic.twitter.com/zOk3SPABsT

Jump in popularity for Obama dog