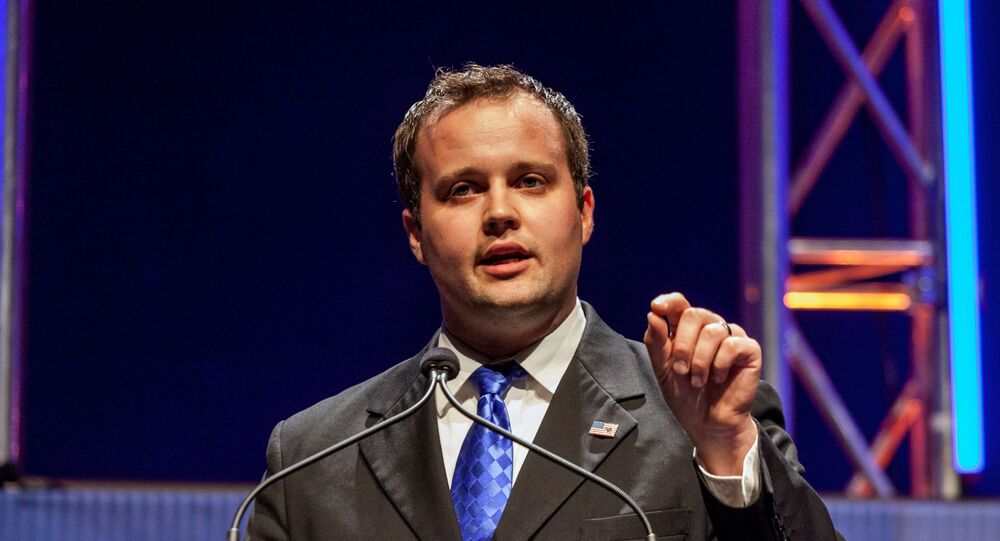 Charged with receiving and possessing child pornography, former reality TV star Josh Duggar was arrested on 29 April by US Marshals. If found guilty, Duggar could face up to 20 years in prison and up to a $250,000 fine for each count.

Former TV star Josh Duggar was released from an Arkansas jail on bail after being charged with having a "trove" of child pornography. He will be transferred to friends who have agreed to be his custodians pending a 6 July trial.

According to reports, he will be allowed to see his children in the presence of his wife, Anna, but is prohibited from being in the company of other minors, attending parties, drinking alcohol or be in residences where firearms are stored.

A video was posted to social media showing Duggar leaving the Washington County jail in Fayetteville and proceeding to a black SUV without speaking to reporters who asked him about his charges.

​Homeland Security special agent Gerald Faulkner reportedly testified that materials allegedly discovered on Duggar's gadgets were among the "worst of the worst" that he has viewed during his career. The footage, with some reportedly involving toddlers, was allegedly downloaded in May 2019 to a computer at a car dealership that Duggar owned.