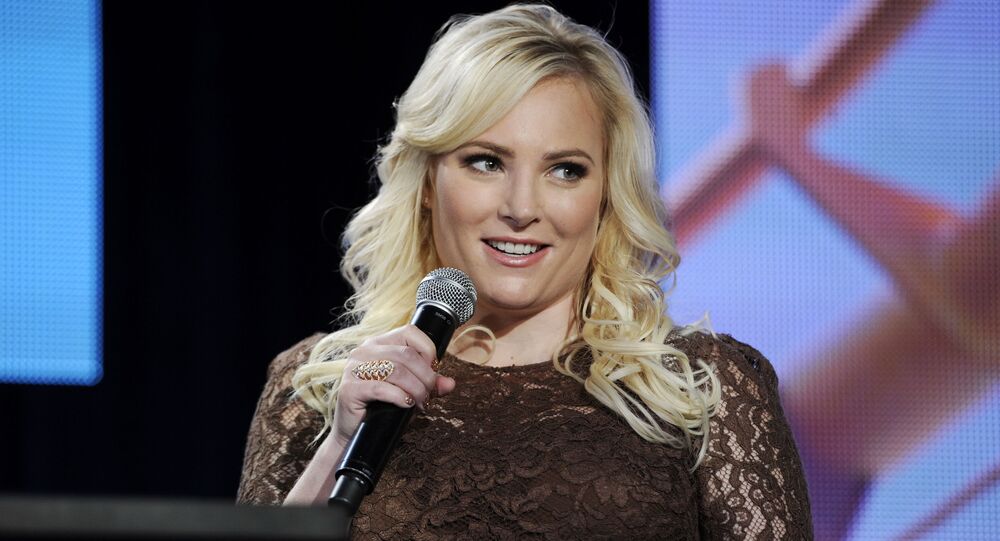 Republicans will reportedly be deciding on ousting Cheney from the post, with the second such vote this year scheduled to take place on 12 May.

Meghan McCain went on a rant on “The View”, slamming Republicans for “shivving” the No. 3 House Republican Liz Cheney after reports that she might lose her post as the head of one of the most powerful GOP bodies within a month amid her fierce criticism of the former US president, Donald Trump.

“They're shivving her for her going on television multiple times and saying that the election wasn't stolen, and for refusing to debase herself to Cheeto Jesus,” McCain said.

McCain claimed that the Republicans are trying to “bloodlet the party from women like me, college-educated women that lost you the election in the first place”, calling it “a cacophony of asinine politics”.

She also said that “women like me and Liz Cheney who refuse to bend the knee to President Trump but still remain loyal Republicans, we don't have a place in this party, we are worthless, we are not worth fighting for to keep”.

McCain called Trump supporters within the Republican Party a “sausage fest of MAGA up on Capitol Hill” and warned that “one way or another there's going to be consequences” if Liz Cheney is ousted over refusing to 'bend the knee' to President Trump.

"I've had it with her. You know, I've lost confidence,” McCarthy was recorded off air before an interview on a tape reviewed by Axios. “Well, someone just has to bring a motion, but I assume that will probably take place," he said.

“There's no concern about how she voted on impeachment. That decision has been made,” McCarthy said. “We all need to be working as one if we're able to win the majority. Remember, majorities are not given; they are earned. And that's about the message about going forward."

© AP Photo / House Television
Never-Trump Republican Cheney Says Former President Has No Place in Party’s Future
After the 6 January "Stop the Steal" rally in Washington in his support morphed into a riot, with dozens breaking into the Capitol building, leaving several dead, Trump was accused of "inciting an insurrection" and impeached by the US House of Representatives, with Liz Cheney being one of 10 Republicans who voted to impeach Trump.

Cheney wrote in an op-ed for the Washington Post on Wednesday that the Republican party should “steer away from the dangerous and anti-democratic Trump cult of personality” and that the GOP is at a "turning point" and must decide "whether we will join Trump’s crusade to delegitimise and undo the legal outcome of the 2020 election, with all the consequences that might have".