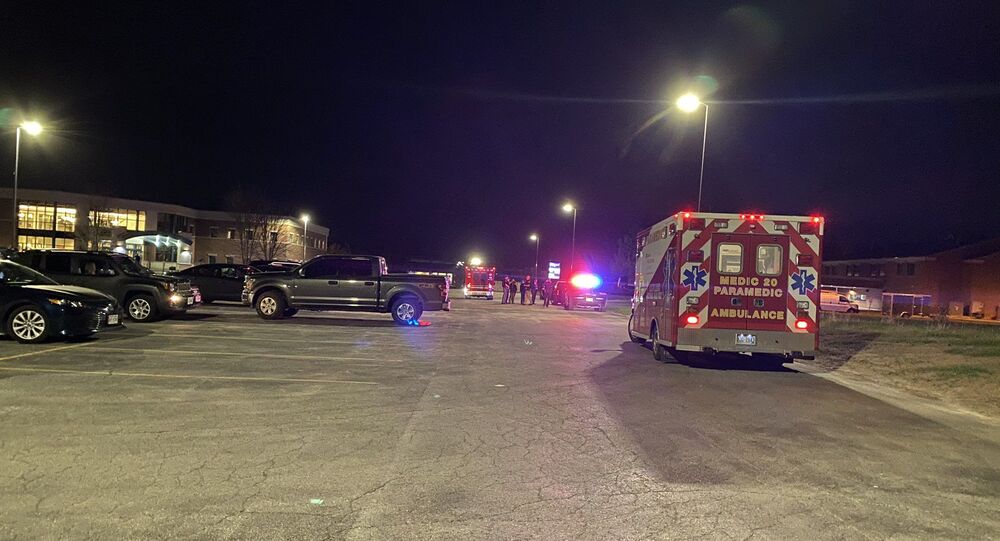 There has been no information so far concerning the identity of the suspect or the possible motive behind the shooting. Authorities are currently working to secure the area.

At least seven people have been injured in a shooting at the Oneida Casino in Green Bay, Wisconsin, local media reported on Saturday.

According to CBS, the shooting,occurred at around 8 pm local time on Saturday (01:00 GMT on Sunday). An Oneida spokesperson told CBS that the shooting took place at the Radisson Inn, which is connected to the casino in Green Bay.

The shooter has been taken into custody, CBS said.

There is currently an active shooter situation at the Oneida Casino. Several Law Enforcement agencies are working to secure the location. Please do not go near the Main Casino on Hwy 172. We'll post information as it becomes available.

Later, Wisconsin Attorney General Josh Kaul confirmed on Twitter there was no longer a threat to the local community.

Speaking to reporters, Oneida Nation Director of Public Relations Bobbi Webster could not immediately provide the exact number of people injured in the shooting. NBC said that between seven and eight people may have been hit by the gunman.

Social media reports say, citing witnesses, that around 50 to 60 police cars were deployed to the scene as the shooting occurred. Several law enforcement agencies responded to the incident.

My friend just sent me this video. Her mom, aunt, and grandmother are there. 🙏🙏🙏#GreenBay #OneidaCasino https://t.co/7cOCKqiUnV pic.twitter.com/IZCyLg5698

The motive behind the shooting remains unclear. Meanwhile, eyewitnesses reportedly say that it was committed by a disgruntled employee.

In a later Twitter update, Oneida Casino said all its locations were going to be closed until further notice.