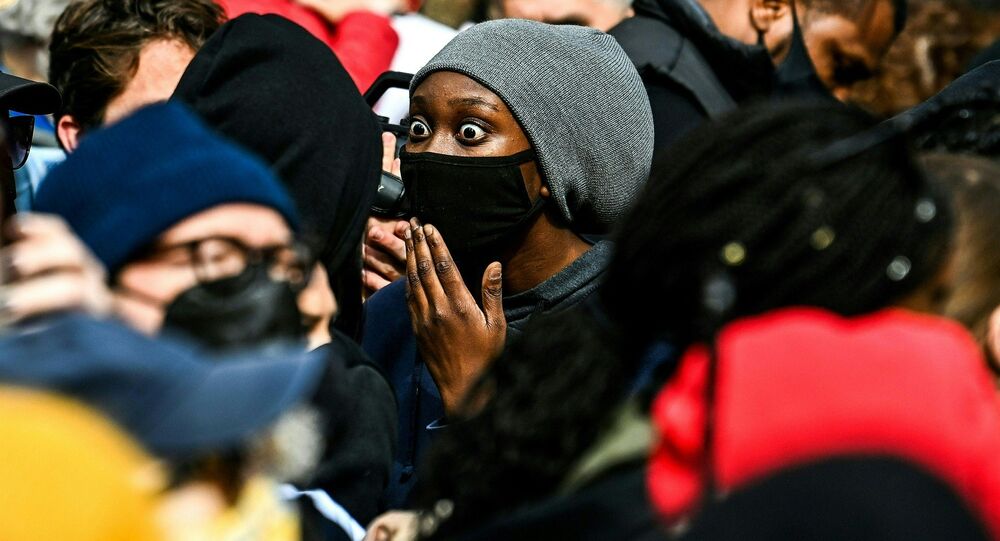 Poll: Nearly Half of Republicans Believe Chauvin Should Not Have Been Convicted

The trial of the ex-police offcier convicted of killing a black Minnesota resident, George Floyd, during the latter's arrest, stirred enormous tensions across the US, with activists closely following the outcome of the high-profile case.

Almost half of Republicans who participated in a CBS News/YouGov poll have said they do not agree with the jury's guilty verdict in the Derek Chauvin trial.

Forty-six percent of Republican poll responders believe the jury panel made a "wrong verdict", while only 10 percent of interviewed Democrats chose this variant, according to the survey published on Sunday.

Seventy-five percent of the total 2,527 interviewees said the verdict was correct, while the rest said it was not, opting also to disagree with the rhetoric of the Black Lives Matter movement, CBS News noted.

In the poll, 38 percent of respondents did not approve of BLM activism while 48 percent did. Thirteen percent chose to not answer the question.

Reaction to the verdict among White Americans is largely related to partisanship.
White Dems overwhelmingly think the jury reached the right verdict, while White Reps, like Reps overall, are more divided. pic.twitter.com/X17o9XWMDx

On 20 April, former police officer Derek Chauvin was convicted in Hennepin County by a 12-member jury of second-degree murder, third-degree murder, and second-degree manslaughter for killing George Floyd in May 2020, by putting a knee on his neck. Chauvin is facing up to 40 years in prison. The sentencing is expected to be announced on 16 June.