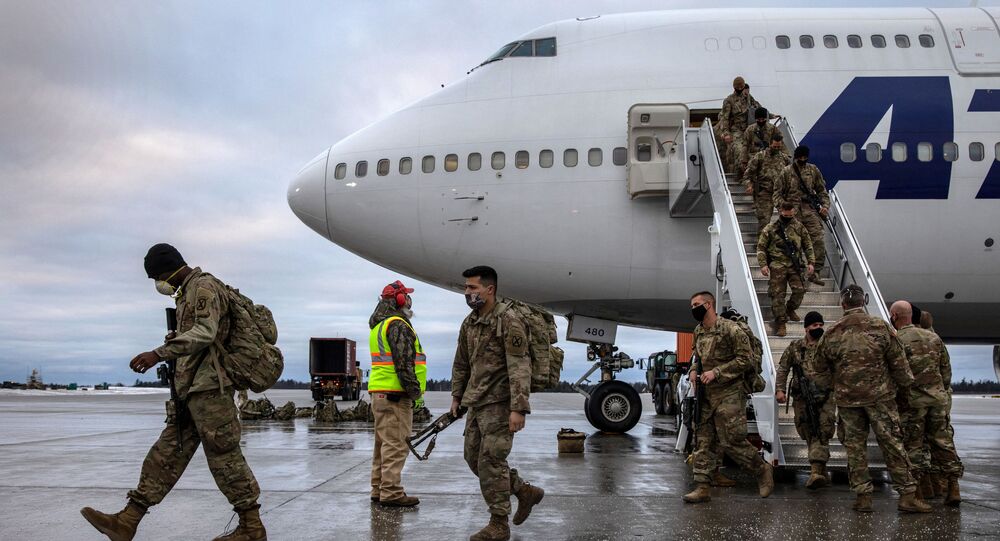 Earlier, US President Joe Biden announced that the US will withdraw all of its troops by the 20th anniversary of the 9/11 tragedy, which originally led to the start of the war in Afghanistan. Other NATO states have also promised to pull out their troops from the country.

US Secretary of State Antony Blinken has assured in an interview with ABC that Washington will not be left blind in Afghanistan after withdrawing its troops this year and will know if a new threat to the US emerges in the country.

"We will have the means to see if there is a resurgence, a re-emergence of a terrorist threat from Afghanistan. We'll be able to see that in real-time with time to take action. And we're going to be repositioning our forces and our assets to make sure that we guard against the potential re-emergence", Blinken said.

The top diplomat argued that the US has more tools at its disposal to monitor the situation and detect future threats than it did back in 2001, when Al Qaeda* attacked the twin towers of the World Trade Centre.

"This is, again, a very different world than the one we had in 2001. We have different capabilities, different assets, and I think a greater ability to see something coming with time to do something about it", he said.

Blinken also claimed that the US will also have time to react to any emerging threat to its security. CIA Director William Burns previously disagreed with that view, telling the Senate Intelligence Committee on 14 April that the US ability to gather intelligence and act against extremist threats in Afghanistan will be impeded by the withdrawal.

National Security Adviser Jake Sullivan, in turn, said no guarantees can be made as to what will happen in Afghanistan after US and NATO troops are gone, but repeated Blinken's promise that the US will be monitoring the situation.

"He has no intention of taking our eye off the ball", Sullivan said, referring to the president.

Sullivan further promised that the US will continue to help Kabul with training and equipping its security forces, but stressed they will have to defend their country by themselves from now on.

The secretary of state and national security adviser's statements follow twin announcements by the US president and NATO that Western countries' troops will be withdrawing from Afghanistan this year. President Joe Biden set the deadline for 11 September – the 20th anniversary of the 9/11 attacks that originally triggered NATO's war in the country. The operation was originally devised to prevent terrorist groups from using Afghanistan as a safe haven for preparing their attacks. However, eventually, the operation morphed into a costly and apparently ineffective war against the Taliban.

The US finally signed a peace deal with the group in 2020 after lengthy negotiations initiated by President Donald Trump. According to the deal, the US was supposed to pull out all of its troops by May 2021 if the Taliban stops its attacks on NATO forces and starts negotiations with the government in Kabul, as well as promises to prevent terrorists from using Afghanistan as a foothold.

According to a UN report in January, some 500 Al Qaeda* fighters are still hiding in Afghanistan and maintain ties with the Taliban, but the latter rejects claims that members of the notorious terrorist organisation are present in the country.

The Taliban has fulfilled its obligations under the peace deal with the US, but President Joe Biden has claimed it would be difficult to withdraw all troops by May and recently indicated that the process will only begin in that month.