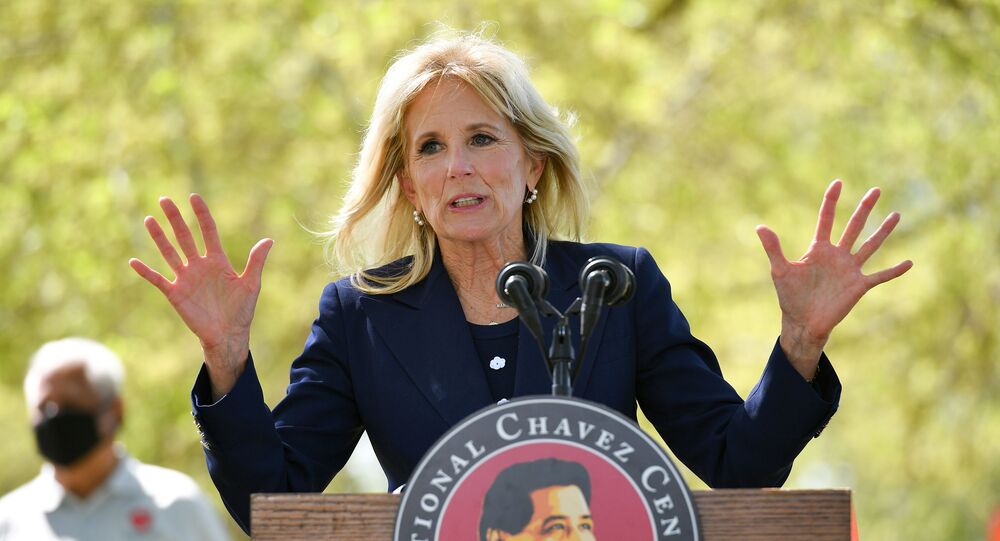 The White House said that the Bidens will return after the appointment to “resume their normal schedule.”

The FLOTUS is to undergo a “common medical procedure,” the White House says, adding that President Biden will accompany his wife to the medical centre. No details have been released about the nature of the procedure.

It's believed it will take place at the Walter Reed National Military Medical Centre, Maryland, which for decades has treated US presidents and their families.

Joe Biden is expected to address the nation on his plans to withdraw US troops from Afghanistan by 11 September this year. He's then set to visit Section 60 of Arlington National Cemetery, where many American service members who lost their lives in Afghanistan and Iraq are buried.

There are no previous reports about any health issues suffered by 69-year-old Jill Biden. The first lady reportedly took up running in her late 40s and has competed in several Broad Street races and the Philadelphia Half Marathon.

The president’s health, however, has come into question, especially after he tripped three times in a row trying to get up the stairs of Air Force One, eventually falling to his knees.

The White House back then blamed the wind and "tricky stairs," and said that the president did not require medical attention after his stumble.