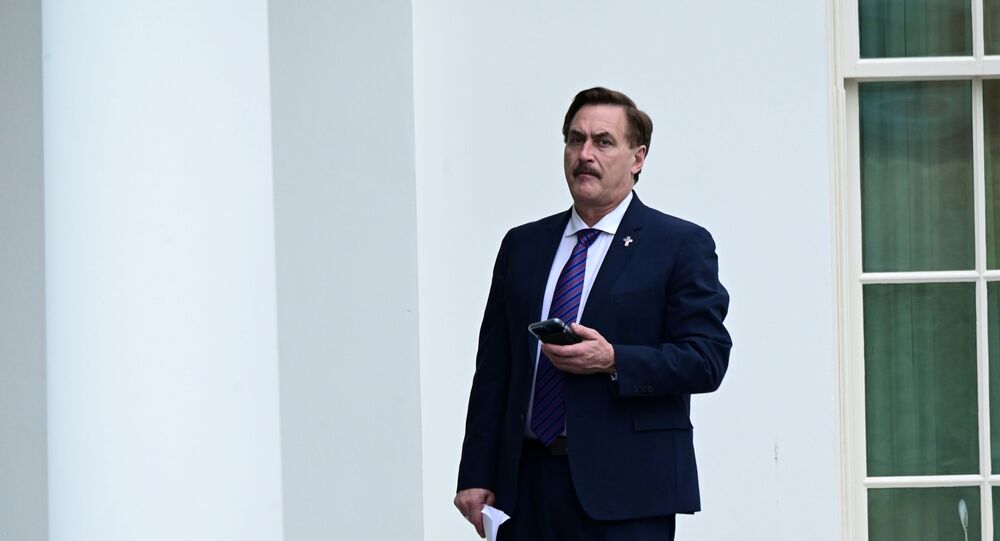 Previously, the businessman reportedly tried to launch his own social media platform after being permanently banned on Twitter in late January for what it described as "repeated violations of our civic integrity policy."

“I'm going to put vetted products from great entrepreneurs on here, like you see a sampling of them here today, that are going to change this country,” Lindell said.

It's unclear if Lindell plans to keep MyStore as a part of MyPillow – the domain “MyStore.com”  currently redirects web users to the store’s MyPillow page.

© REUTERS / OCTAVIO JONES
MyPillow CEO Mike Lindell Reportedly Plans Creation of New Social Media, Quickly Faces Legal Issues
It was Lindell's second appearance on “Steve Bannon's War Room," hosted by the former White House chief strategist who received a pardon from the 45th earlier this year. Last time, the MyPillow CEO once again said he has evidence that will be put “before the Supreme Court,” baselessly arguing that voter fraud was present in the 2020 presidential election and saying that “it was an attack by other countries, communism coming in” and that Trump would be “back in office in August.” He repeated these claims during the most recent podcast.

Lindell is currently caught up in a $1.3 billion defamation lawsuit by Dominion Voting Systems, Inc, which is accusing the businessman of knowingly disseminating false information purporting that Dominion rigged the 2020 US presidential election.

According to the US National Intelligence Council, there were "no indications that any foreign actor attempted to alter any technical aspect of the voting process in the 2020 US elections, including voter registration, casting ballots, vote tabulation, or reporting results."