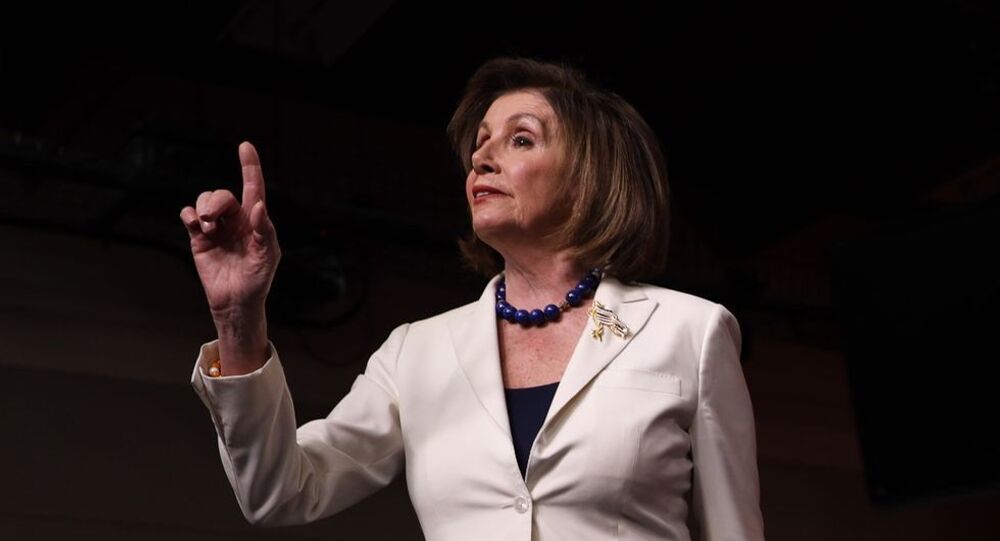 According to the author of a new biography on Nancy Pelosi, the House's top Democrat, who has served over 30 years in Congress, felt a visceral shock after it emerged that the GOP candidate had prevailed in the 2016 polls.

Depicting how she felt after Donald Trump's victory in the 2016 presidential vote, House Speaker Nancy Pelosi said it was like "a mule kicking you in the back", according to a soon-to-be-published biography by Susan Page, head of the USA Today Washington bureau.

Initially certain that Trump's Democratic rival Hillary Clinton would grit out the win, Pelosi had set her eyes on retiring and dedicating herself to her family, the biography claims, as cited by USA Today.

Yet, an overwhelming shock seized her after Trump won: she told the author that the feeling was "actually physical" toward the new president-elect, while Clinton's fiasco left her "crushed".

"I was like, 'How could it be that person is going to be president of the United States?'", Pelosi said, according to USA Today, "the election of Donald Trump was stunningly scary, and it was justified to be scared".

The author went on to claim that the win by a person "who talked that way about women, who was so crude and... to me [Pelosi], creepy" caused the long-serving lawmaker's initial plans to step away from politics to be shelved indefinitely.

After the defeat of Clinton, whom Pelosi had long known – since 1984 – as a prominent figure in Democratic circles, Trump reportedly attempted to forge a connection with her. He ostensibly reached out to her by phone, as claimed in the biography, promising her that they "will get some good things done".

"Don't forget, I was a supporter of yours. I think you're terrific", Trump allegedly rounded off with a bit of a compliment.

The book also described how for a while, Trump indeed stopped short of directing gibes at Pelosi. However, the pair's relationship eventually grew into a fierce rivalry that culminated in Pelosi leading two impeachment proceedings against Trump in 2019 and 2020.

The book "Madam Speaker: Nancy Pelosi and the Lessons of Powe" will be published on 20 April by Twelve Books. It is based on Page's 10 interviews with Pelosi herself and multiple sit-downs with her 150 family members, friends, political allies, and adversaries.

Tags:
US Congress, US House, US, Nancy Pelosi
Community standardsDiscussion