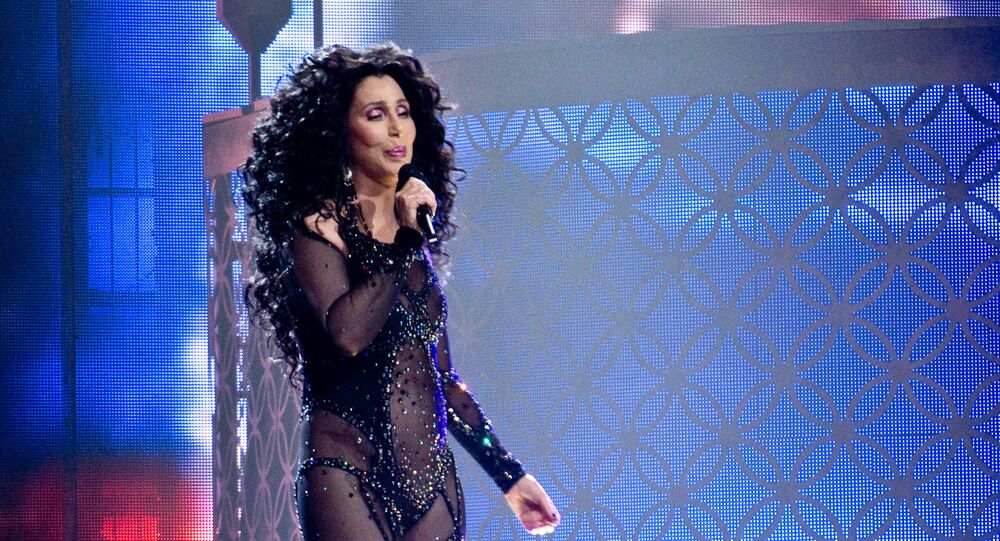 Floyd, an African-American, died in police custody on 25 May 2020. His death sparked massive protests against racial discrimination and police brutality in the United States and across the globe and reignited the long-standing issue of race relations in America.

The singer Cher has come under a hail of online criticism after she posted a statement on Twitter about the ongoing trial of Derek Chauvin, a police officer involved in the death of George Floyd. The 74-year-old wrote that she would have helped Floyd if she had been present during his arrest.

Was talking With Mom
& She Said “I Watched Trial Of Policeman Who Killed George Floyd,& Cried”.
I Said
“Mom,I Know This Is Gonna Sound CRAZY,But..
I Kept Thinking .....Maybe If I’d Been There,...I Could’ve Helped😔

​The singer’s tweet attracted a torrent of negative remarks with users accusing Cher of having a "white savior complex".

it’s the yt saviour complex for me there’s still time to delete this... pic.twitter.com/cesoL5Ylk5

i love my cher but oof. that was a little too white savior complex for me. i know she means well and probably doesn’t understand but..honey...no. 😪

​Others felt that the singer was trying to get attention and urged her to delete the tweet.

Um....Cher, I think you're great and all, but this ain't it. George Floyd's murder isn't about you. Don't make it about you. And don't inadvertently insult the traumatized witnesses who WERE there and did their damndest to save his life.

Cher baby I know you probably took a minute to type this but delete it hun pic.twitter.com/0YVt7quTtp

No one could have helped George Floyd that day, Genevieve Hansen tried, and the fact she and others couldn’t is emotionally destroying them. The paramedics, everyone there tried. Chauvin wanted to murder George Floyd, let’s pray he and his enablers get life for it.

This is significantly underplaying what witnesses who testified TRIED to do to stop his death. There have been MULTIPLE testimonies of everyone from a firefighter to an MMA fighter to a senior man who attempted to diffuse the situation. Singing songs doesn't erase racism, Cher. pic.twitter.com/oATlfe7kOw

​…while others lamented that the presence of white Americans is needed to make black people safe.

Mama, I'll say it with respect and I hope you take it. The intention to be there and help is pure, BUT a black man shouldn't need a white person to stand up for him to be safe. People will beat you up over this tweet, but go over the mean things and try to learn... PLEASE

​However, there were netizens who praised Cher for her statement.

Thank you Cher and those dragging you need to remember this 👇🏼 pic.twitter.com/R9H2e0OQSu

​But other users leapt to the singer's defence.

she was just trying to be nice, and she didn’t implied racism, you guys want to push cancelling everywhere and then ask why people don’t support social movements

Why is anyone mad at Cher? Most ppl who saw it thinks or hopes they could’ve helped. That’s why so many of the witnesses cry on the stand. If Cher uses her celebrity to help thanks.

​Who is George Floyd?

On 25 May 2020 police in Minneapolis received a call about a man (George Floyd), who allegedly paid for his groceries at a shop with a forged $20 bill. Four police officers arrived at the scene and detained Floyd. Footage recorded by bystanders showed that during the arrest he was pinned to the ground with one officer, Derek Chauvin, kneeling on his neck. Floyd repeatedly told Chauvin that he was unable to breathe. Despite pleas, the officer kept kneeling on his neck for almost nine minutes even when Floyd fell unconscious.

The first autopsy showed that the possible presence of intoxicants in Floyd's blood and pre-existing heart problems contributed to his death. However, a private autopsy, conducted at the request of his family, found that George Floyd died from asphyxiation, which occurred because of the compression on his neck by the police officer.

© REUTERS / Scott Audette
Justice on Trial: As George Floyd Jury Selected, Will It Join Most Infamous Cases in US History?

News of his death sparked the biggest protests since the death of African-American activist Martin Luther King Jr. Demonstrators demanded justice for Floyd and condemned police brutality. Floyd’s death also reignited the long-standing issues of racial inequality in the United States. It mirrors several other high-profile cases where unarmed African Americans were killed by police officers.

Protests against racism were also held in different parts of the world, including Europe, Latin America and the Middle East.
Officer Derek Chauvin was charged with second-degree unintentional murder, third-degree murder and second-degree manslaughter. He denies the charges. If convicted he may be sentenced to up to 40 years in prison.

His lawyers will try to prove that Chauvin was partially responsible and that Floyd died as the result of an overdose and heart problems. Floyd had already swallowed drugs during police encounters, which led to hypertensive emergency and hospitalisation. One such incident was captured on video in 2019. The autopsy showed the presence of fentanyl and methamphetamine in Floyd’s blood.