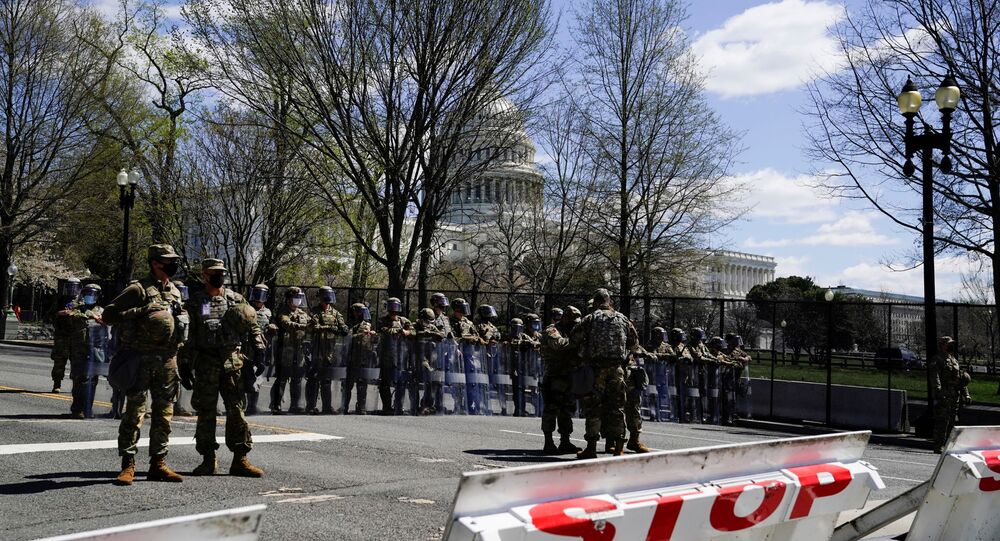 On Friday, a man rammed his vehicle into two Capitol Police officers at an access point near the Capitol building. One of the officers, an 18-year veteran, died as a result of his injuries. DC officials initially said the attack does not appear to be motivated by terrorism, but the investigation is still ongoing to determine the suspect's motive.

The US Capitol could come under attack - either domestic or foreign - at any time, "24/7", CNBC News reported on Friday, citing retired Lt Gen Russel Honore.

“Any time of the day, 24/7, the Capitol could be attacked, and it could be domestic, it could be foreign,” Honore told CNBC’s “The News with Shepard Smith.”

According to the retired lieutenant, the National Guard troops that are now deployed at the Capitol should remain there as long as they are needed to maintain security.

Honore led a task force which reviewed security on Capitol Hill in the wake of January 6 events, when thousands of former president Trump's supporters stormed Capitol building in a bid to stop the congressional certification of Joe Biden's victory in November 3 election. In particular, Honore urged US Congress to increase the number of officers by 854 and add a special, rapid response unit.

“I think they should be extended as long as the Police Board and the Commander of the Capitol Police think they need it,” Honoré said. “After 9/11, we left 250 National Guardsmen at the Capitol for two years. Never an argument. Nobody argued that point because the Capitol was known to be a target.”

Last week, US Capitol Police asked the Defense Department to extend the deployment of National Guard troops in Washington due to potential threats of US militia groups attacking lawmakers at the Capitol. Their original deployment deadline was supposed to expire on March 12.

Fears that caused the raising of threat level stemmed from a conspiracy theory that considers March 4 as the true inauguration day to reinstate Donald Trump as US president. The conspiracy theory was taken so seriously that the House of Representatives canceled its session on March 4 and the Capitol police issued a statement that is aware of a suspected plot and has prepared accordingly.

There are currently about 5,000 soldiers in the capital, approximately one-fifth of the contingent initially deployed to the city due to the events of January 6. At least five people, including a female air force veteran, were killed and over 170 cases have been opened by police in connection with the DC riots.