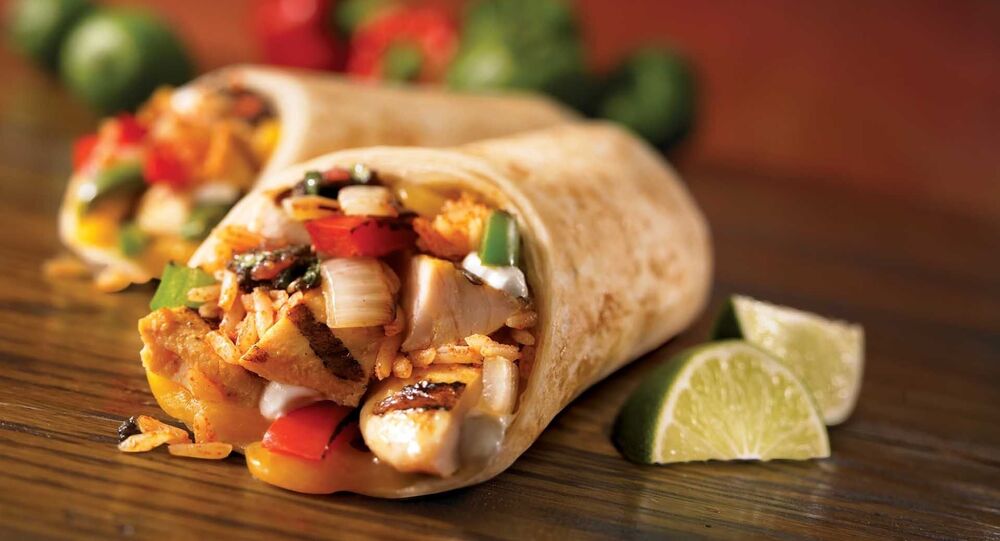 According to the US Customs and Border Protection (CBP), smugglers presume food will mask their drugs' scent and "throw off canines and their handlers." However, "canines have the ability to detect a target odor among a myriad of other odors," the agency claims.

An unnamed, 37-year-old legal resident of the US was arrested on Monday after CBP officers at the Yuma Sector immigration checkpoint discovered at least 5 pounds (2.3 kilograms) of fentanyl pills wrapped in breakfast burritos.

A Tuesday release from the law enforcement agency detailed that a canine and his handler approached the 37-year-old man's Chevrolet Tahoe around 3:00 p.m. local time.

After the dog alerted to the vehicle, the driver was then directed to a secondary inspection area, where the canine then alerted to a black backpack inside the SUV.

"The packages of fentanyl had a combined weight of just over five pounds with an estimated street value of nearly $60,000," according to the release. The fentanyl was reportedly seized and processed by the CBP.

The charges leveled against the arrested 37-year-old were not made public.

News of this canine-assisted bust comes shortly after a CBP canine aided officers at New York's Peace Bridge Cargo Facility in the seizure of 1,227 pounds (557 kilograms) of marijuana.

US Customs and Border Protection (CBP)
Marijuana discovered inside paper towel shipment at the Port of Buffalo, N.Y.

"A CBP canine search produced an alert on the pallets inside and a subsequent physical inspection revealed multiple vacuum-sealed packages contained within the pallets," the March 29 release detailed.

"The contents of the vacuum-sealed packages field-tested positive for the properties of marijuana and have an estimated street value of more than $2.4 million dollars."