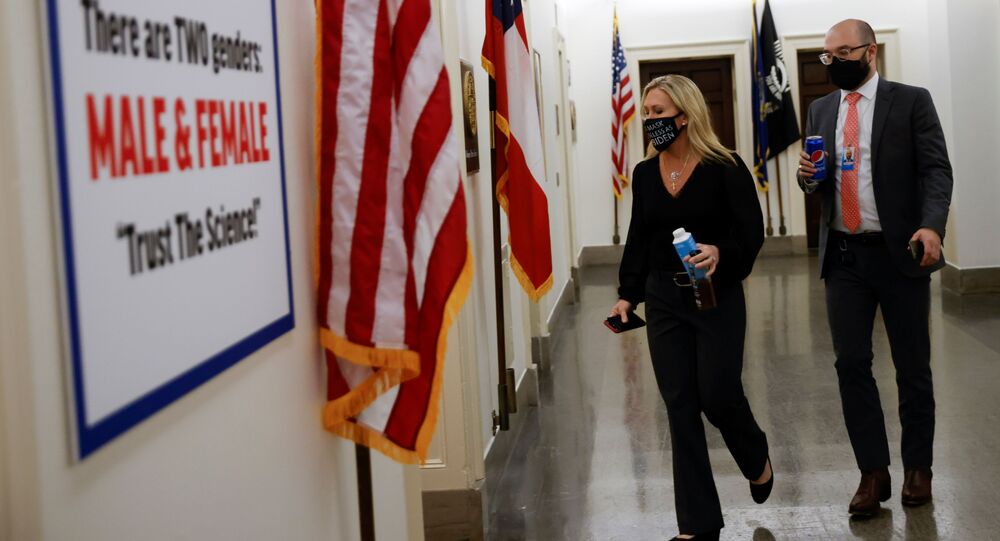 The congresswoman pointed out that the suspension came on the same day a resolution to expel her from Congress was introduced.

​According to CNBC, a spokesperson for Twitter explained that the company uses "a combination of technology and human review to enforce the Twitter Rules across the service."

"In this case, our automated systems took enforcement action on the account referenced in error," they said.

The company also mentioned Greene's suspension has since been "reversed" and "access to the account has been reinstated."

In an apparent response to Twitter’s explanation, Greene tweeted that he was blocked on the same day the Democrats introduced a resolution to "expel" her from Congress, and inquired about "which employee made the ‘error?’"

I was just told @Twitter suspended me for 12 hrs in “error,” on the same day Dems introduced a resolution to expel me from Congress.

Twitter’s little error wasn’t resolved until after 12 hrs.@jack which employee made the “error?”

Reply to my email, Jack

The resolution to expel Greene from Congress was initiated by Democratic Rep. Rep. Jimmy Gomez, with his spokesman telling the media outlet that 72 House Democrats backed his the move.

In February, the House voted to strip Greene off her committee assignments following criticism of her support of Donald Trump's baseless claims about 2020 election fraud, which were shot down in court.