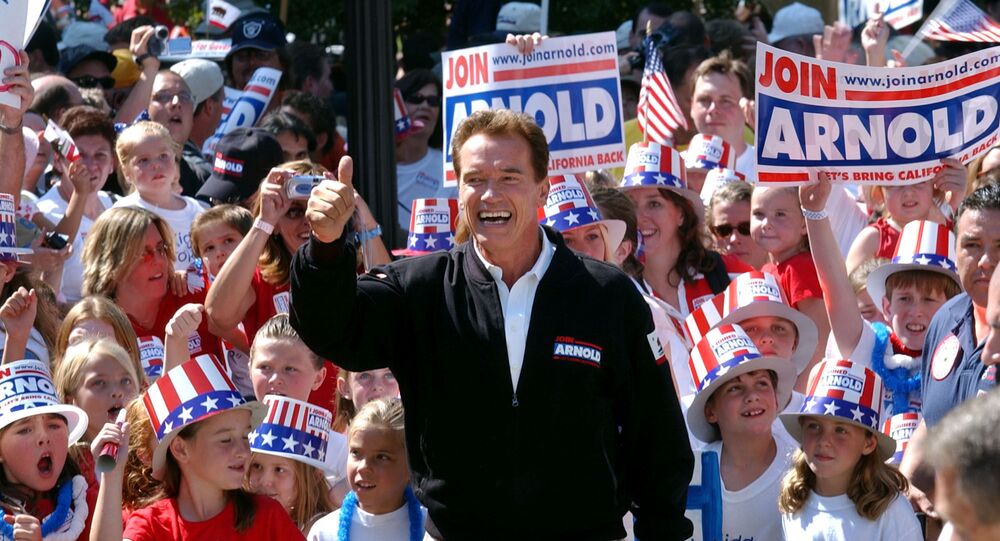 The study, carried out via OnePoll, also found out that 56 percent of Britons believe intelligent life exists beyond Earth – 26 percent reckon aliens exist in our solar system and 33 percent think aliens could already be among us.

Arnold Schwarzenegger, Will Smith, and David Attenborough are the top three celebrities trusted to lead Earth against an alien invasion, according to a survey of 2,000 adults in Great Britain, conducted by Blaze TV.

And it's Schwarzenegger, the former California governor, iconic bodybuilder, and star actor – most famous for playing different T-model terminators – who came out on top.

The star took to Twitter to thank people for voting for him.

Will Smith took second place, probably due to his star role in Roland Emmerich’s Independence Day movie, in which he and his co-star Jeff Goldblum defeated alien invaders.

Sir David Attenborough, a national treasure in the UK, took third spot. Not bad given he's approaching his centenary.

Fourth place was taken by Die Hard and Fifth Element actor Bruce Willis, and Tom Cruise came fifth, who has experience fighting aliens in War of the Worlds, based on the novel by Herbert Wells.

The top 10 also includes Sigourney Weaver, who starred in the Alien franchise as Ripley – she took seventh place – while Gillian Anderson, who starred as FBI agent Dana Scully in the X-Files, also made the list.

Apart from the terminator-governor, other politicians also made the rating with two reaching the top 10: former US President Donald Trump (8th) and the First Minister of Scotland Nicola Sturgeon (10th).