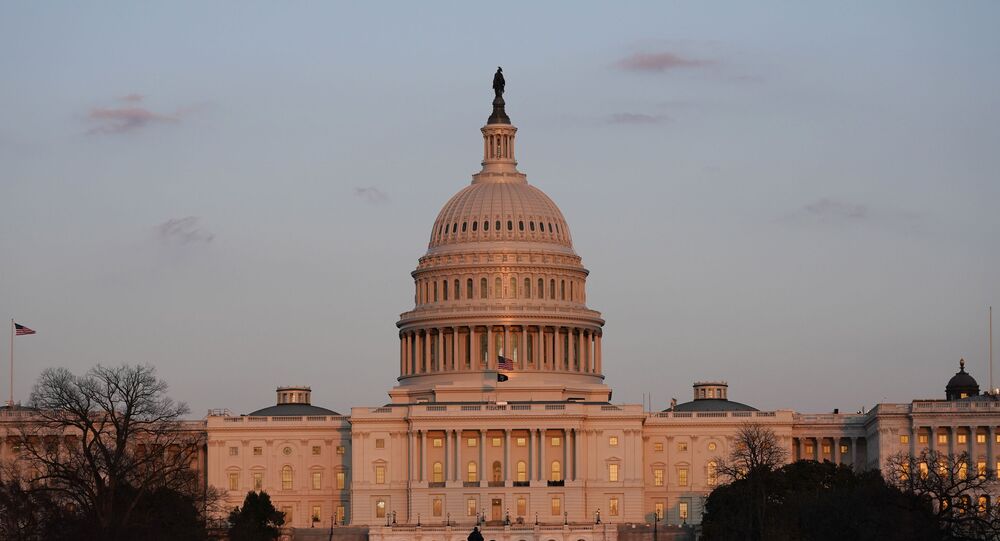 Congress’ latest move comes as the Biden administration has been dealing with a skyrocketing number of unaccompanied migrant children arriving at the US-Mexico border. The situation has led to overcrowded Border Patrol facilities, and even a stern warning from US President Joe Biden urging migrants to not travel to the Land of the Free.

The House of Representatives passed the first of two immigration proposals on Thursday that will create a path to citizenship for millions of immigrants living in the US without legal documentation.

The bill, deemed the American Dream and Promise Act, cleared the chamber with a vote of 228 in favor and 197 against. A total of nine Republicans, six of whom voted in favor of similar legislation in 2019, crossed party lines to approve the measure.

​Under the legislation, which was sponsored by Rep. Lucille Roybal-Allard (D-CA), a pathway to citizenship would be provided to more than 2.3 million immigrants who arrived in the US as minors before January 1, 2021, as well as individuals who were beneficiaries of temporary humanitarian programs.

If signed into law, would-be applicants would be eligible to apply for a 10-year period of conditional permanent residence. However, in order to be considered an applicant, individuals would first need to meet certain criteria, such as earning a high school diploma or equivalent degree and being able to pass a background check, among other requirements.

Applying for a permanent residence would require applicants to earn a college degree or enrolled in a bachelor’s program for two years, or serve in the military for a minimum of two years. Additionally, potential applicants can be eligible for the program if they’ve been employed in the US for at least three years.

For Dreamers, unauthorized immigrants who came to the US as minors, the bill would allow them to access federal financial aid. The measure would also provide relief for Dreamers who were deported from the US under the Trump administration.

At present, there is no process that provides a pathway to citizenship for immigrants who arrived in the US as minors.

House lawmakers also took the opportunity to pass on Thursday the H.R. 1603 immigration proposal, otherwise known as the Farm Workforce Modernization Act, with a vote of 247 to 174.

If passed through the Senate and signed into law, the measure would allow farmworkers - as well as their spouses and children - to gain legal status through continued employment in the agriculture sector.

Interested applicants would be eligible for the program if they have worked at least 180 days in the US during a 2-year period. However, if long-term workers seek to obtain a permanent residency in the US, they would need to complete either four or eight years of additional agricultural work, depending if they worked more or less than 10 years in the sector.

Additionally, the bill will provide several changes to the H-2A visa program, such as making visas valid for three years the new standard, instead of requiring an applicant to request yearly extensions.

The H.R. 1603 act previously passed the House in December 2019 with a vote of 260 for and 165 against. At the time, more than 20 Republicans sided with Democrats in passing the bill.

Both bills now head to the US Senate, where they’re likely to face an uphill battle in the evenly divided congressional chamber. In order to pass the measures, all Democrats and at least 10 Republican lawmakers would need to vote in favor to avoid a filibuster.

White House Says US Will Not Rely on Sanctions Alone to Deal With Russia, Has More Tools