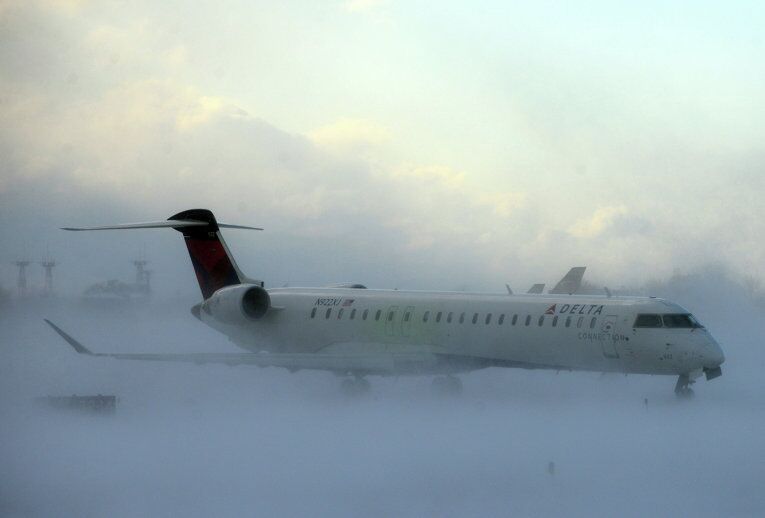 MOSCOW (Sputnik) - Almost 2,000 weekend flights have been canceled in Denver, Colorado, because of an upcoming snow storm, The Denver Post reports.

On Saturday, at least 740 flights were canceled, the newspaper said, citing Denver International Airport spokeswoman Emily Williams, who said the cancellations were both takeoffs and arrivals. Another 1,120 Sunday flights have also been canceled.

"There’s no business like SNOW business! Snow is falling and crews are ready to go! They’ll activate once we start to see accumulation on runways + roadways. Airlines are de-icing, so if you’re flying out this afternoon, expect to de-ice before take off," the Denver International Airport tweeted on Saturday.

The Colorado Front Range urban corridor, between Colorado Springs and Cheyenne, Wyoming, is under a Winter Storm Warning through Monday morning.

In February, storms and freezing temperatures in Texas and other states in the lower half of the US caused widespread power outages and disruptions. Dozens of deaths have been linked to winter storms, half of them reported in Texas.

Colorado Braces For Heavy Snowstorm Over The Weekend

Boeing Recommends Suspending Operations of Its 777 Aircraft After Colorado Incident