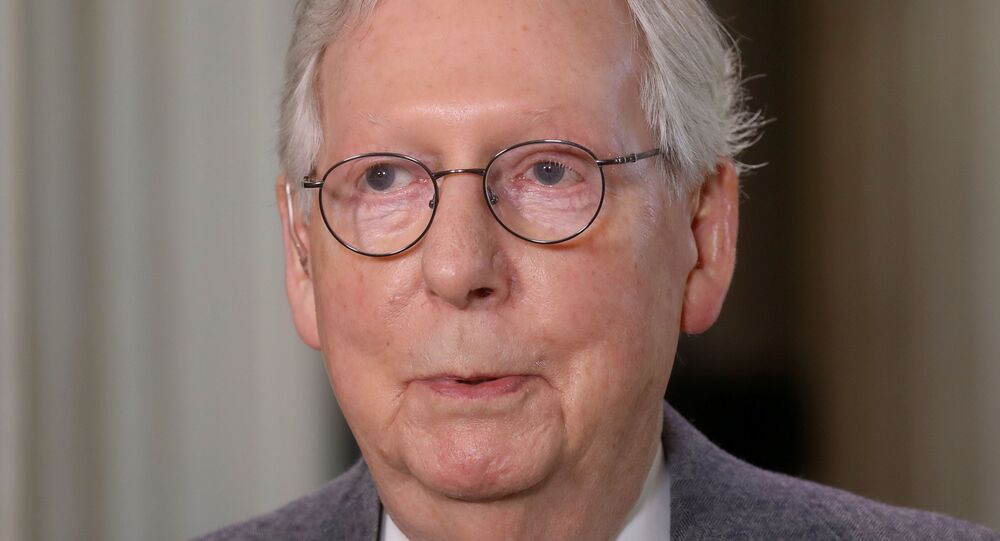 WASHINGTON (Sputnik) - There is no need for the heightened security around the Capitol complex, US Senate Minority Leader Mitch McConnell told reporters.

"I am extremely uncomfortable with the fact that my constituents cannot come to the Capitol with all this razor wire around the complex. It reminds me about my last visit to Kabul," McConnell said on Wednesday. "I think we continue to overreact based on current threat levels and what is needed here at the Capitol. It looks terrible to have the beacon of our democracy surrounded by razor wire and National Guard troops."

The US Department of Defense last week approved a US Capitol Police request to extend the deployment of National Guard troops through May 23 due to potential threats of US domestic terror groups attacking lawmakers at the Capitol.

An estimated 2,300, or a half of the previously deployed National Guards troops, will continue their deployment in the capital.

The extended physical security infrastructure on the Capitol grounds followed the deadly January 6 attack by Trump supporters who attempted to stop lawmakers from accepting elector slates from states the Trump claimed without evidence were invalid and had robbed him of an election victory. At least 5 died during the violent insurrection, including a Capitol police officer who was beaten to death by the armed mob.