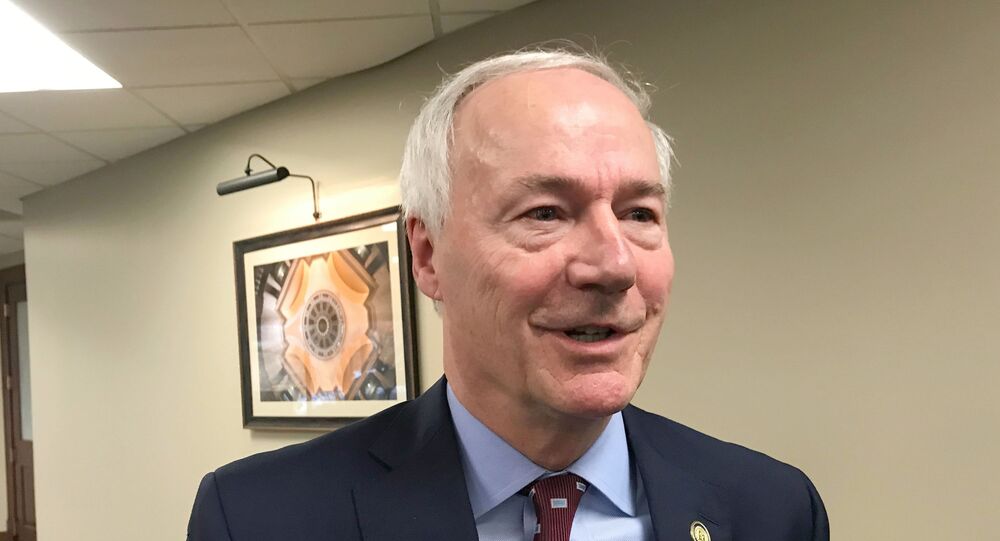 The recent passage of Arkansas’ Senate Bill 6 (SB6) marks the Land of Opportunity as one of at least 14 US states where lawmakers have put forth legislation outlining a near complete ban of abortions. The bill is designed to challenge the landmark Roe v. Wade decision, and is expected to be met with strong opposition before being implemented.

Arkansas’ Republican Gov. Asa Hutchinson signed into law one of the strictest measures barring abortions in the state on Tuesday, a bill conservatives hope will force the US Supreme Court to revist its 1973 decision that legalized the procedure.

Under the restrictive measure, abortions would only be allowed in Arkansas in cases where it’s necessary in order to save the life or preserve the health of the fetus or the mother. It does not provide any exception for situations involving rape or incest.

Medical professionals who either perform or attempt to perform an abortion would be charged with an unclassified felony, with a conviction requiring the official to either face a prison sentence or a fine of up to $100,000.

The legislation will not take effect until 90 days after the state legislature adjourns, suggesting the bill cannot be enforced until sometime this summer. During that period, pro-choice supporters are expected to strongly oppose the measure, forcing the newly-signed bill to be challenged through the court system.

Hutchinson touched on the possible legal outcome in a recent statement, acknowledging that the “intent of the legislation [is] to set the stage for the Supreme Court overturning current case law.” Conservative lawmakers believe that the Trump administration’s packing of the Supreme Court will help to support their push to review the current abortion laws in place.

“I will sign SB6 because of overwhelming legislative support and my sincere and long-held pro-life convictions,” Hutchinson noted in his release, before underscoring that he had hoped the bill would include exceptions for cases of rape and incest.

Over the past two years, similar legislative measures have been taken up in Alabama, Ohio and Georgia, but were ultimately struck down by federal courts.

Holly Dickenson, the executive director of the Arkansas branch of the American Civil Liberties Union, issued her own statement on the development, calling the bill “cruel” and “unconstitutional” as it will do nothing more than “cause stress for patients.”

“Governor Hutchinson: we’ll see you in court,” she concluded.