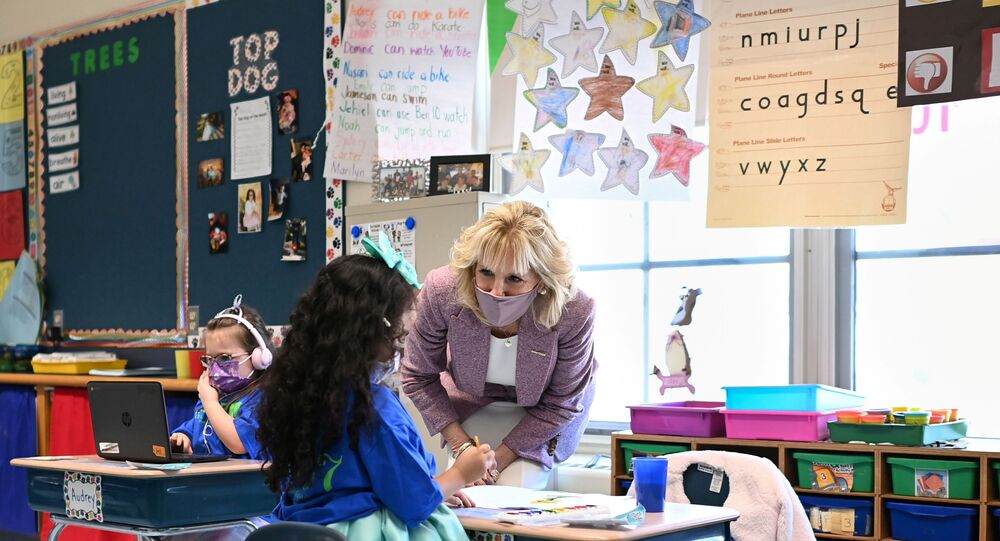 The SIECUS programme of “Sex-Ed for Social Change” includes lessons on "gender identity" for five-year-olds and teaching eight-year-olds about the controversial use of puberty-blocking drugs on teens who believe they are transsexual.

“I am greatly concerned about the unacceptably high incidence of relationship violence, sexual harassment and assault, and online bullying in our society today," Brouk said as justification for the bill. "We must equip the next generation with the skills and education they will need to thrive.”

But Republicans in the state legislature and parents groups sounded the alarm over the proposed legislation.

“We would be outsourcing our curriculum to this outside organization,” said Assemblyman Michael Reilly, who sits on the education committee. “That’s a concern.”

“The state constitution guarantees a basic education, but nowhere does it say ‘we have to prepare our kids to change their sex if they want to,'” said Sam Pirozzolo from the New York City Parents Union. “We have schools where 95 per cent of kids can’t read or do math at grade level, and now they want to bring in these complicated social justice issues? That’s BS.”

© REUTERS / TOM BRENNER
Feminists Slam Biden's Transgender Order Over Jeopardising Women's College Sports Scholarships
Washington DC-based SIECUS was founded in 1964 by Mary Calderone, who was also the medical director of contraception and abortion provider Planned Parenthood at the time. The organisation was targeted in the 1968 conservative political pamphlet Is the School House the Proper Place to Teach Raw Sex?.

“Sex education should avoid cisnormative, heteronormative approaches, aim to strengthen young people’s capacity to challenge harmful stereotypes, and be inclusive of a wide range of viewpoints and populations without stigmatizing any group,” the SIECUS National Sex Education Standards document reads.

Brouk, the daughter of Ethiopian immigrants who studied at the private Williams College in Massachusetts, has represented the 55th New York senate district — which includes part of her upstate home city of Rochester and neighbouring counties — since January this year.