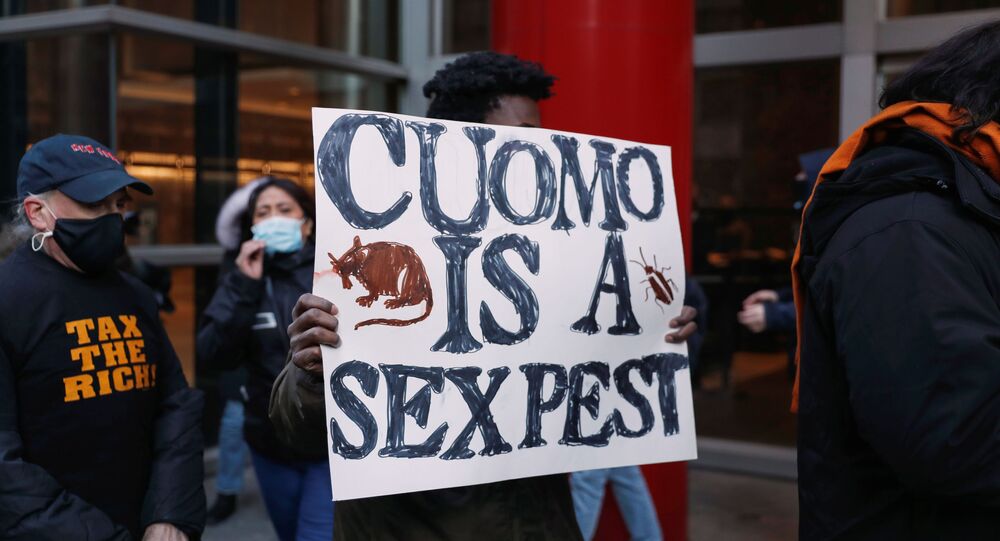 Andrew Cuomo, already embattled over his management of the COVID-19 pandemic in New York state, has been hit by multiple claims of sexual misconduct and now workplace bullying by former members of staff over his 39-year political career.

A fifth woman has accused New York state Governor Andrew Cuomo of sexual harassment — while other former staff members say he bullied them.

Cuomo's former press secretary Karen Hinton, 62, told the Washington Post on Saturday that he summoned her to his "dimly-lit" hotel room after work in 2000 and put his arms around her. She said she recoiled from Cuomo's embrace but he drew her back to his body and held her before she backed away and left.

But Hinton said she believed Cuomo was intent on exerting control over staff rather than sleeping with them. “I really thought the flirt wasn’t about having sex,” she said. “It was about controlling the relationship.”

The governor was serving as US secretary of housing and urban development to president Bill Clinton at the time of the alleged incident.

Cuomo's director of communications Peter Ajemian denied that the incident ever happened — and accused Hinton of lying as part of long-standing campaign against him.

“Karen Hinton is a known antagonist of the Governor’s who is attempting to take advantage of this moment to score cheap points with made up allegations from 21 years ago," Ajemian said. "All women have the right to come forward and tell their story — however, it’s also the responsibility of the press to consider self-motivation. This is reckless.”

Hinton hit back, saying: “Attacking the accuser is the classic playbook of powerful men trying to protect themselves.”

Two former male staff at the New York governor's office under Cuomo claimed he often abused them verbally at work, calling them "pussies" and saying “You have no balls.”

Senior Cuomo advisor Rich Azzopardi claimed that in his eight years working for the governor, he had “never heard him use coarse language” — and implied the two former aides' standard of work was "sub-par".

“There is no secret these are tough jobs, and the work is demanding, but we have a top tier team with many employees who have been here for years, and many others who have left and returned,” he said in his statement. “The Governor is direct with employees if their work is sub-par because the people of New York deserve nothing short of excellence.”

But one woman, speaking anonymously, who worked in Cuomo's office in the New York state capital of Albany in her 20s called it a "toxic workplace".

“What this is is a systemic, intentional, hostile, toxic workplace environment that . . . perpetuates abusive treatment of people who don’t have power or resources,” she said.

© REUTERS / CAITLIN OCHS
Fourth Woman Comes Forward With Sexual Harassment Accusations Against Cuomo - Report
Another, who worked for Cuomo when he was Housing secretary, said he was prone to extreme mood swings. “You didn’t know which Andrew you were going to get,” she said, recalling on incident when he shouted at her so loudly that other staff came to check on her.

“I remember thinking it was pretty vicious and over the top, like if I had killed somebody," she said. "Not even my own parents had ever yelled at me the way he yelled at me.”

Even before the recent string of sexual misconduct allegations against Cuomo, the governor already faced harsh criticism for his policy of discharging patients with the deadly coronavirus to nursing homes around the state — and claims he tried to cover up the resulting death toll.