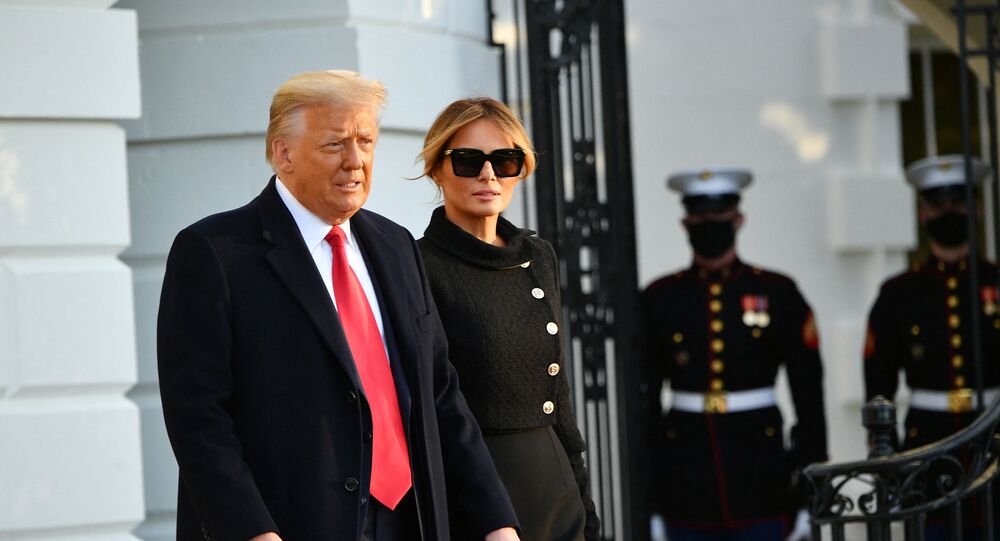 The Trumps were both infected with the coronavirus in late September, with the former president spending three days in the hospital due to more serious symptoms. Trump did not initially get the vaccine, citing the antibody therapy he got as part of his treatment for the disease.

Former President Trump and former first lady Melania Trump both received their first doses of the vaccine against COVID-19 in January, The Hill reported Monday.

According to the report, citing an undisclosed advisor to the former president, the pair got their first dose while Trump was still an incumbent president and have since received their second dose, although the name of the vaccine received, Pfizer or Moderna, has not been revealed.

Apart from the president, whose vaccination status was not confirmed, ex-Vice President Mike Pence received his first shot of the Pfizer vaccine in a televised appearance in mid-December last year.

In a Conservative Political Action Conference speech on Sunday, Trump urged people to get the shots, as he praised his administration's efforts for the rapid production and approval of the vaccines.

"This was us. We did this. And the distribution is moving along, according to our plan. And it’s moving along really well," Trump said.

Referring to the fact that the current US president Joe Biden received his first shot of the vaccine on December 21, Trump underscored that it was his administration that "took care of" Biden, as the Democrat president earlier said that there were no vaccines at all when he was sworn in.

"'Cause he got his shot. He got his vaccine. He forgot. It shows you how un-painful all that vaccine shot is. So everybody go get your shot," Trump added.

Last month, US top infectious diseases expert Dr. Anthony Fauci said that 74-year-old Trump was "quite fortunate" considering his age and weight to have avoided suffering much more severe consequences as a result of his contracting COVID-19.

Media reports claimed in October that Trump's condition during his time at the hospital had worsened, but they were debunked by Trump himself as he appeared in good health with a public speech on the White House balcony, just after his release from the hospital on October 5.