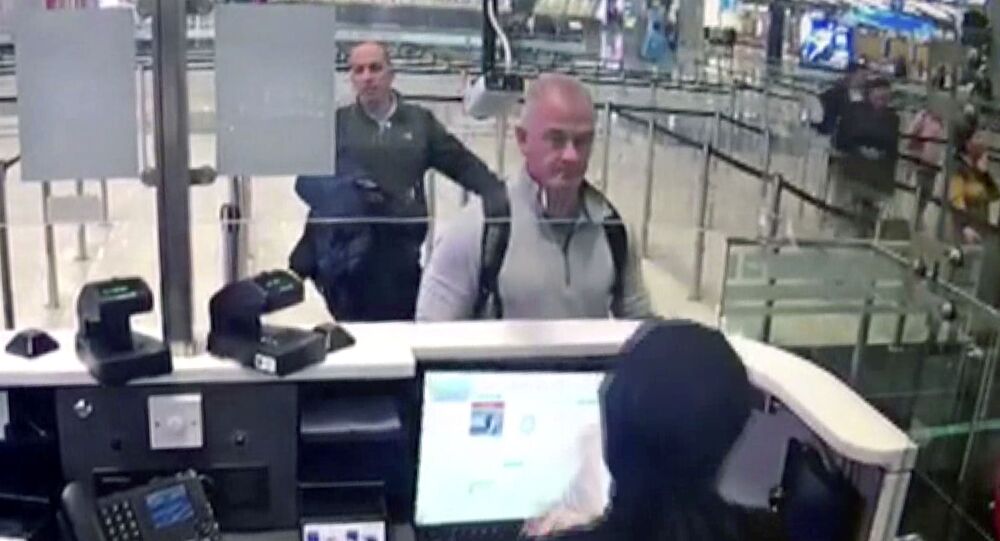 Michael Taylor and Peter Taylor were arrested at their Massachusetts home in May 2020, months after they allegedly helped former Nissan executive Carlos Ghosn flee Japan and avoid trial. Last month, Supreme Court Justice Stephen Breyer effectively made way for the father-son duo's extradition by denying a motion for more time to appeal the case.

Paul Kelly, attorney for the Taylors, confirmed to the Associated Press that his clients were turned over to Japanese authorities early Monday morning, and are set to be tried on charges related to the November 2019 smuggling of Ghosn out of the country.

The former Nissan boss was able to flee Japan, where he was facing money laundering charges, after being stowed away in large music-equipment boxes and loaded onto a private jet, according to the Taylors' legal team.

At the time of his escape, Ghosn was out on bail following a November 2018 arrest. He remains wanted on charges of breach of trust and the violation of securities laws relating to disclosing compensation.

© AP Photo / Hussein Malla
Former Nissan Motor Co. Chairman Carlos Ghosn holds a press conference at the Maronite Christian Holy Spirit University of Kaslik, as he launches an initiative to help Lebanon that is undergoing a severe economic and financial crisis, in Kaslik, north of Beirut, Lebanon, Tuesday, Sept. 29, 2020. Ghosn was arrested in Japan in 2018, and was awaiting trial on charges of under-reporting future income and breach of trust when he jumped bail and escaped to Lebanon late last year.

Ghosn, who now resides in Lebanon, has denied wrongdoing and claims to have fled Japan to escape "political persecution."

The duo was compensated around $1.3 million for their services, according to prosecutors.

Michael Taylor claimed in a February phone interview that, if they were to be extradited, Japanese authorities "are clearly going to torture us."

"You are sending Americans, especially during a worldwide pandemic, over to Japan, where it’s known to torture people," Michael Taylor told WBZ-TV. "Let all the American people know about that. That’s what every American should know, that’s what your government does to protect you, which is nothing."

He claimed that his wife was unable to get the attention of US President Joe Biden or someone from the US State Department. It's worth noting that the Taylors' extradition was initiated under former US President Donald Trump's administration.

According to the Taylors' legal team, their clients should not have been extradited because "bail jumping" is not illegal in Japan.

The extradition of Michael and Paul Taylor comes a week after two pilots and an official from Turkish airline company MNG Jet were convicted by an Istanbul court for assisting in Ghosn's escape.

Convicted pilots Noyan Pasin and Bahri Kutlu Somek maintained that they were unaware that Ghosn was aboard the flight.

MNG Jet official Okan Kosemen, on the other hand, did admit that he was made aware of Ghosn's presence after the first flight landed in Istanbul. Kosemen claimed he assisted in the smuggling Ghosn to the final destination of Beirut, Lebanon, because he was threatened and feared for his family's safety.