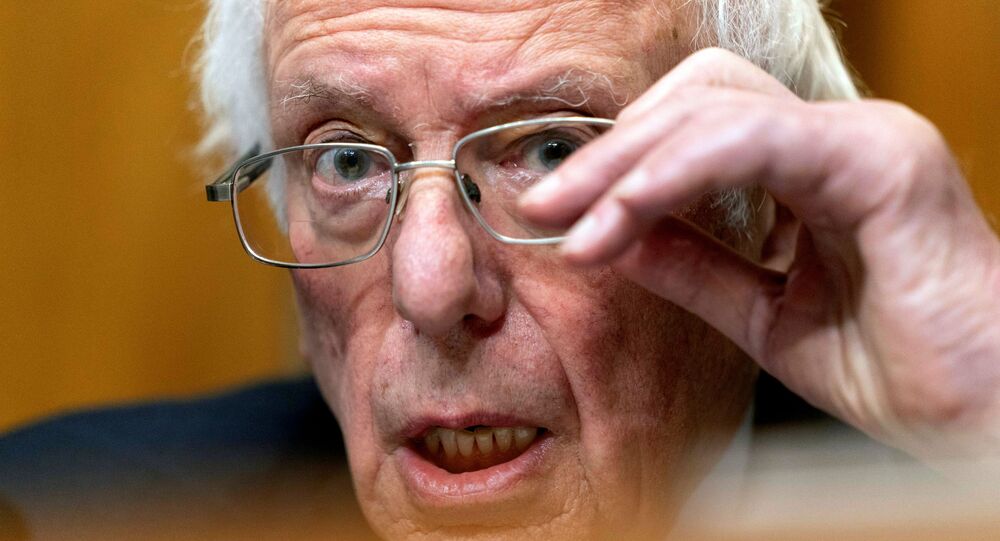 Neera Tanden has become notorious as the mistress of tweet 'n' delete since President Joe Biden picked her to head his budget office. She quickly wiped over a thousand salty posts, going back years, attacking political rivals in both main parties from her social media accounts.

US President Joe Biden's pick for Budget Office chief has been accused of calling fellow Democrat Bernie Sanders "everything but an ignorant slut".

The Senate hearings into Neera Tanden's appointment got personal — for Sanders — on Wednesday when Louisiana Republican Senator John Kennedy probed her thousands of since-deleted political tweets over the past few years.

"I don't mind disagreements in policy, I think that's great. I love the dialectic", Kennedy said. "But the comments were personal. I mean, you called Senator Sanders everything but an ignorant slut."

"That is not true" the queen of tweet 'n' delete insisted — apparently admitting that she had questioned Sanders' wisdom and morality at some point.

Wednesday's committee hearing at the Capitol building in Washington DC was the latest session since January 20 to determine whether Tanden's appointment will stand. Questions have already been asked about her harsh tweets towards politicians on both sides of the aisle.

Kennedy clarified that “I want the record to reflect that I did not call Senator Sanders an ignorant slut” himself. Sanders, the chair of the committee, “I don’t know how I should take that, Senator Kennedy,” the Vermont senator replied.