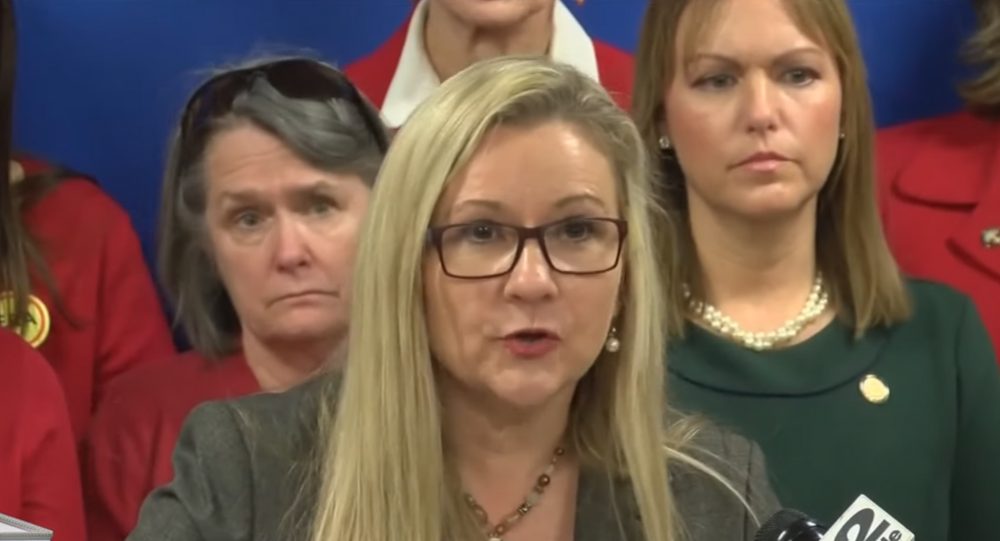 Amanda Chase, a Virginia state senator, gubernatorial candidate and self-proclaimed 'Trump in heels,' has filed a lawsuit against the Virginia Senate after a bipartisan vote approved a measure rebuking Chase's “pattern of unacceptable conduct” following the deadly January 6 riot at US Capitol building.

Chase, a second-term Republican state senator, filed a lawsuit against the Republican Party of Virginia on Tuesday, alleging the party is using an "illegal" nomination method to tank her gubernatorial candidacy.

“It’s official; I just filed a lawsuit against the Republican Party of Virginia,” Chase tweeted. “They’ve chosen an illegal nomination method and have yet to remedy the situation. Unless something changes, the SCC, not the people, will choose our statewide candidates. We the People know best.”

Chase, who describes herself as 'Trump in heels', asserted that the Republican party should be using "an inclusive nomination method that allows the people to participate and chose [sic] their next Governor."

At the present moment, it is likely the Virginia GOP will hold a convention to nominate gubernatorial candidates. While a primary has only been in used in four of the last 13 gubernatorial elections, Chase's lawsuit highlights that a convention would not be permitted, as Virginia Governor Ralph Northam only allows gatherings of up to 250 people.

“When all Delegates assemble for the entire state, it is estimated a convention would have at least 5,000 Delegates to as many as 10,000 Delegates under one roof,” the lawsuit reads, as reported by WRIC. “Accordingly, the decision of the Defendant by its State Central Committee to hold a convention nomination method is unlawful at this time and is likely to be unlawful through June 8, 2021.”

Chase was recently censured by the Virginia Senate following her January speech in which she argued that the individuals protesting the results of the election on January 6 "were not rioters and looters," but "patriots who love their country and do not want to see our great republic turned into a socialist country."

The state senator later clarified that the "patriots" she was referring to were those who attended Trump's speech outside the White House “before all the mayhem took place." She also claimed that "patriots" referred to veterans and police officers.

Nevertheless, the Virginia legislature passed Senate Resolution No. 91 on January 27, a bipartisan rebuke of the state lawmaker.

According to the document, which listed incidents dating back to 2019, Chase has a "pattern of unacceptable conduct." The senator has also displayed "a disregard for civility in discourse with colleagues" and made "false in misleading statements both in committee and on the Senate floor," according to the resolution.

Chase fired back against the measure, alleging in a federal lawsuit that she suffered “public embarrassment, humiliation, mental anguish and loss of seniority” over the censure. She also claimed the senate resolution has “negatively impacted” her campaign for higher office.