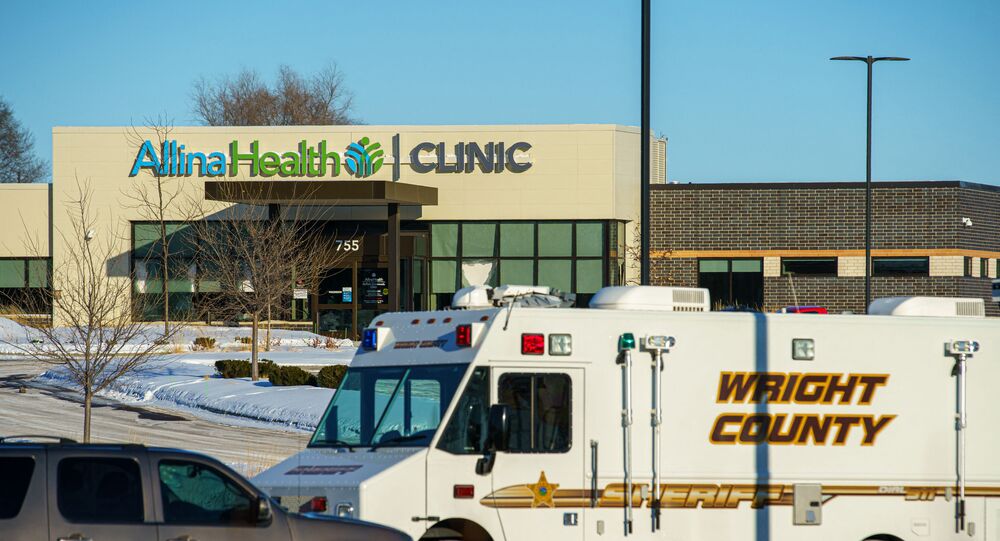 WASHINGTON (Sputnik) - Five people have been injured in a shooting at a health clinic in the US state of Minnesota, the Allina Health Buffalo hospital president, Kelly Spratt, said in a press conference.

"We had a total of five patients that were transported from the clinic...at this point I do not have the most up-to-date information on the patients' conditions," Spratt said on Tuesday evening.

Spratt said he did not have any information on whether any of the victims had died in the shooting at the Allina Health Clinic.

Wright County Sheriff Sean Derringer said a suspect has been identified as 67-year-old Gregory Ulrich, who has a history of encounters with local law enforcement.

Derringer added that the Minneapolis bomb squad is on the scene of the incident responding to a suspicious package found in the lobby of the clinic. Sheriff deputies also found suspicious devices at a local hotel Ulrich was staying at prior to the shooting.

Buffalo Police Chief Pat Budke said he cannot confirm if explosive devices were used during the shooting until authorities have completely secured the scene.

Earlier on Tuesday, Minnesota Governor Tim Walz said he was briefed on the shooting and noted that it had appeared that explosive devices were used in the attack.

Budke said there is no information at this point indicating the incident is linked to domestic terrorism.

US Authorities Responding to Active Shooter at Healthcare Facility in Minnesota, ATF Says