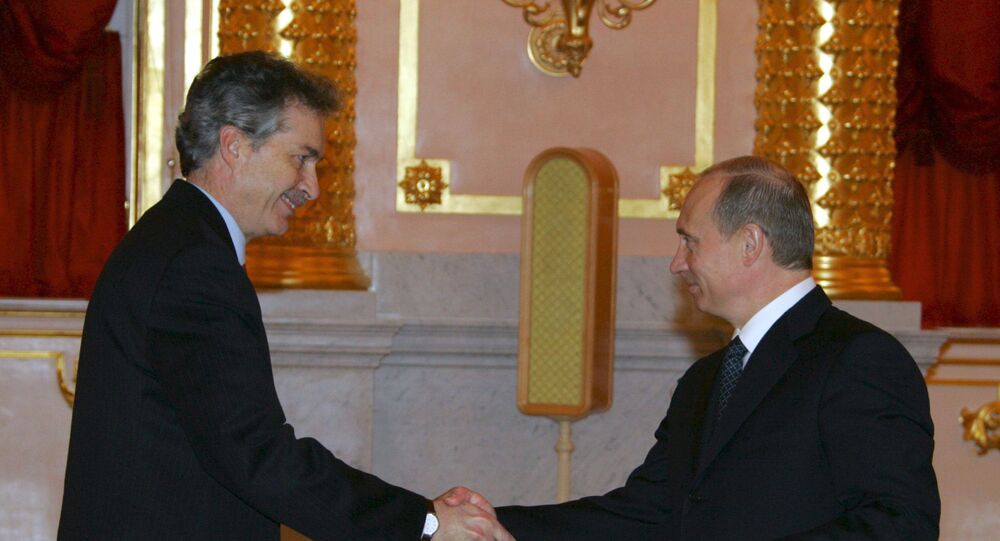 Following the first reports about the surprising pick of the diplomat for the office back in January, Vice President Kamala Harris said Burns is the perfect candidate to be an "apolitical" head of the spy agency.

US President Joe Biden has officially nominated ex-Deputy Secretary of State William Burns as the new head of the CIA.

"Nominations sent to the Senate: William Joseph Burns <…> to be Director of the Central Intelligence Agency", a statement from the White House said.

Now, it is up to the Senate to approve the candidate following a hearing there.

The pick was originally announced on 11 January and came unexpectedly, as Burns is set to be the first career diplomat to ever be in charge of the CIA.

© AFP 2021 / SAUL LOEB
The Central Intelligence Agency (CIA) logo is displayed in the lobby of CIA Headquarters in Langley, Virginia

Burns served as a Senior Director for Near East and South Asian Affairs at the US National Security Council between 2001 and 2005, and was among the officials who warned President George W. Bush against toppling the Iraqi government in 2002.

In 2005, he became a US envoy to Russia, working in Moscow until 2008, and after that, he served as a deputy secretary of state in 2011-2014. The diplomat was reportedly "in the driver's seat" of US negotiations with Tehran, concerning the Iranian nuclear programme. He was also one of the active proponents of the 2009 "resetting" policy, trying to curb escalating tensions between Moscow and Washington.