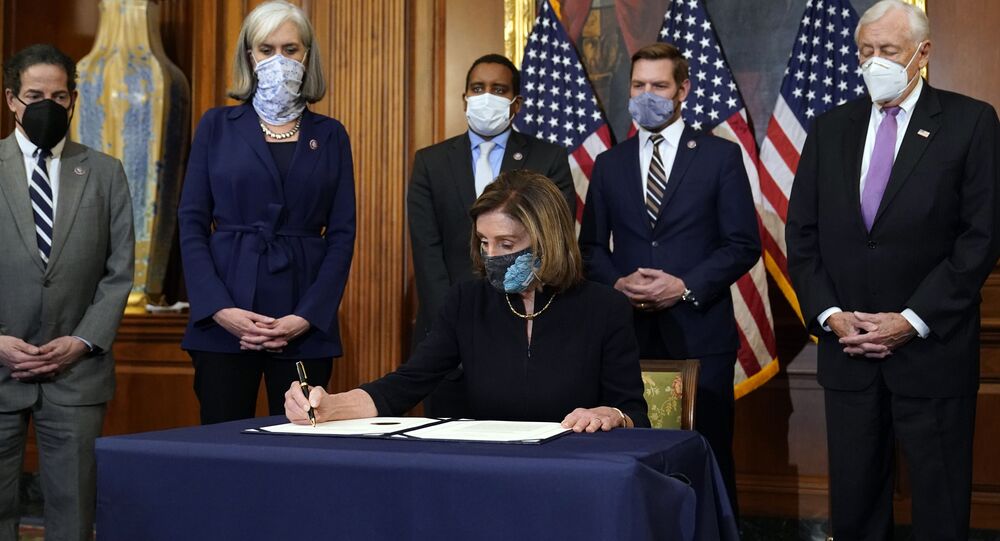 Earlier this month, the US House impeached Trump, charging him with inciting the riot on Capitol Hill on 6 January.

US Senate Majority leader Chuck Schumer said that Trump's impeachment article will be delivered to Senate on Monday.

He added that the Senate will conduct a full and fair impeachment trial of the former US President Donald Trump.

The procedure will start a trial that could ban Trump from holding office again, Schumer added.

Trump has become the first president in US history to be impeached twice. He was first impeached on 16 January 2020 over an abuse of power and obstruction of Congress charges. He was acquitted on 5 February. He was then impeached last week over "incitement of insurrection" after the US Capitol riots on 6 January.

However, experts say it’s unlikely that Trump would be convicted, with the Senate divided 50-50 between the two parties, and a conviction needing a 2/3 Senate majority vote.