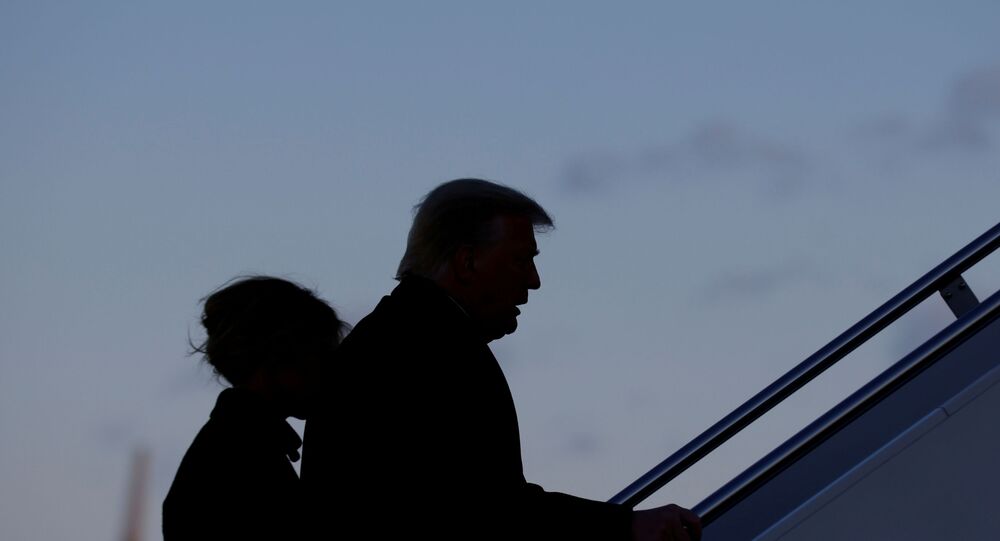 In the wake of the January 6 Capitol riot, several organizations have severed relations with former US President Donald Trump and the Trump Organization, after the ex-president was largely blamed for inciting the deadly event.

Bank United, a financial institution based in Miami Lakes, Florida, announced Thursday that it was cutting all ties with Trump, just one day after the former president officially exited from the White House.

A spokesperson with the firm informed Bloomberg in an emailed statement that the company "never had a lending relationship" with Trump, and that "we no longer have any depository relationship with him."

According to a set of financial disclosures, Trump held two money market accounts - a type of account which typically yields a higher interest rate - with the firm that held upwards of $5.1 million. The documents do not give specific dollar amounts, but rather ranges.

Bank United did not offer a specific reason for ending its financial relationship with Trump.

The development came after several banks, including Professional Bank, Signature Bank and Deutsche Bank called it quits - or began the process - with Trump after the Capitol insurrection.

Signature Bank, which closed two of Trump's personal accounts with about $5 million, specifically stated that it refused to "do business in the future with any members of Congress who voted to disregard the Electoral College,” according to a statement obtained by NBC News, which noted that the firm also called on Trump to resign.

"We have never before commented on any political matter and hope to never do so again," the statement read. "To witness a rioter sitting in the presiding chair of the US Senate and our elected representatives being told to seek cover under their seats is appalling and an insult to the Republic."

As for Deutsche Bank, the firm is reportedly looking to pass an estimated $340 million in loans onto another lender in order to make the cutting of ties official. Incidentally, the latest announcements came while the German multinational investment bank, which Trump has favored for decades, remains under investigation by the office of New York Attorney General Letitia James over allegations that Trump inflated his asset values.

The Trump Organization has not issued any remarks in regards to the Bank United development.