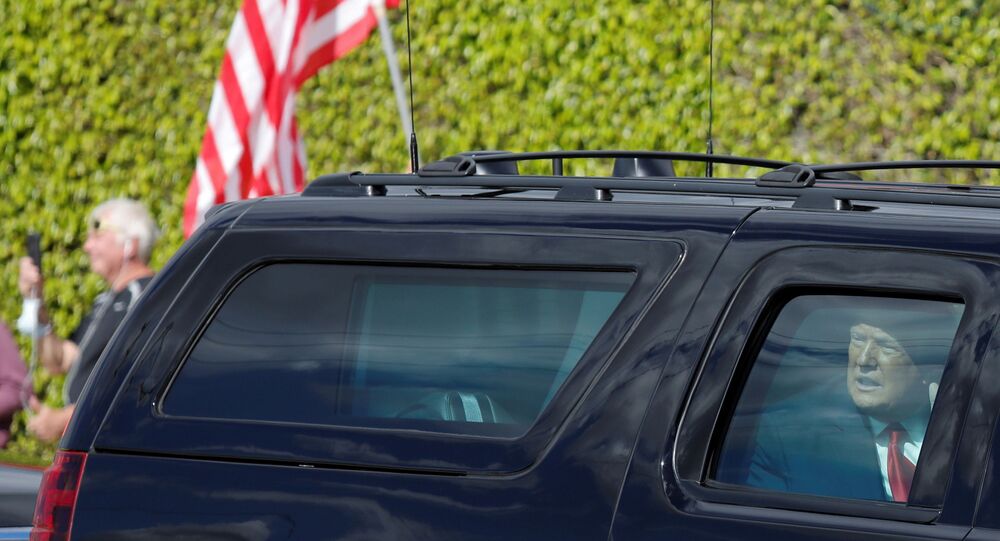 Earlier Wednesday, reports surfaced detailing that former US President Donald Trump had left newly sworn in US President Joe Biden a letter in the Oval Office - a longstanding tradition carried out by outgoing presidents.

While taking questions from reporters in the Oval Office, Biden revealed that Trump had written him a "generous" letter before remarking that he had no intention to discuss its contents without first speaking with the former commander-in-chief.

"The president wrote a very generous letter," Biden said of Trump's letter. "Because it was private, I won't talk about it until I talk to him. But it was generous."

Biden's remarks came as he was signing over a dozen executive orders reversing a variety of Trump's policies, including US immigration, climate change, racial equity and the federal response to the COVID-19 pandemic. The orders specifically push the US to rejoin the Paris Climate Accord, revoke the Trump-era "Muslim ban" and stop the construction of the wall along the US-Mexico border.

Although Trump managed to sidestep most of the traditions that take place on Inauguration Day, such as attending the ceremony, he did manage to fulfill one custom when he left behind a note for Biden. The development was confirmed earlier Wednesday by White House spokesperson Judd Deere.

Typically, notes left behind by departing presidents offer advice or a congratulations on scooping the White House win; however, it's unclear what Trump may have written as he has repeatedly refused to acknowledge Biden's victory. Deere kept mum on details of the letter, only informing USA Today that "it's a letter between 45 and 46."

Reports suggest that former Vice President Mike Pence also left a note for incoming Vice President Kamala Harris. The details of that letter are also unclear at the moment.

The tradition of leaving notes behind reportedly began in 1989 as former US President Ronald Reagan handed the presidential baton to his successor and former Vice President George H.W. Bush. Since then, every president has followed suit.

Moscow Believes That Containing Russia Will Remain Major Part of US Policy, Ambassador to US Says