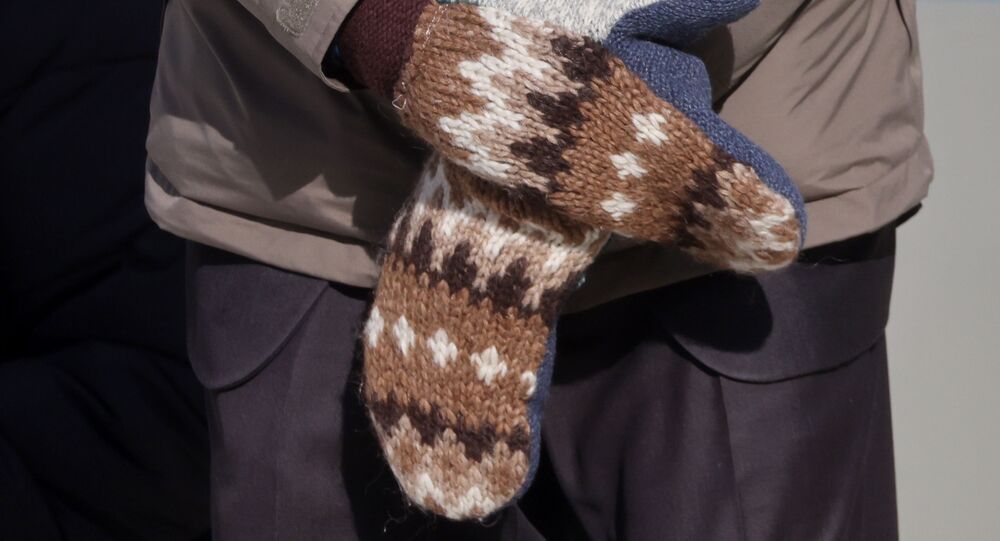 ‘Mittens Are Back’: Bernie Sanders Steals Show With His ‘Grandpa’ Inauguration Outfit

Even on such special occasions as Inauguration Day, the senator stays true to his casual and cozy look.

Vermont Senator Bernie Sanders made his fashion statement during today’s inauguration ceremony, showing up in his classic oversized mittens and grey puffer – and looking like he does not care at all about the wool and velvet vibe around him. The senator’s outfit, as well as his pose while he was sitting in a chair, instantly went viral, with some users comparing him to a mailman, cartoon characters and even a homeless person.

Bernie wearing his meme jacket to the inauguration isn’t the biggest part of today, but it is absolutely my favorite. pic.twitter.com/6VmZgupwuT

replace every confederate monument with this statue of bernie pic.twitter.com/B6UzpebKo5

Bernie really looks like he's on his way to mail something pic.twitter.com/Ig0w66FPzs

i'm all about the Bernie and Bugs vibe pic.twitter.com/dHHjmyQh7N

Bernie Sanders out here like he just picked up the raffle tickets for church’s Friday fish fry pic.twitter.com/5crv9Bil1v

Bernie’s giant mittens are BACK pic.twitter.com/hZckOHl0JC

​Others noted that Sanders looked like he had many plans today and the inauguration was only one point on his to-do list.

Bernie, on his way to a Stewart’s for coffee, has parked his Subaru on the capitol lawn to briefly attend the inauguration pic.twitter.com/dQB1xVYRkh

Bernie showed up like he's running a quick errand 😂 https://t.co/dV5cv1Ri7b

Bernie dressed like the inauguration is on his to do list today but ain’t his whole day. pic.twitter.com/wCRyoxU3V2

​It was soon revealed that Sanders’ mittens have their own history, with the People for Bernie Twitter account even sharing an article about them.

Bernie’s mittens are made by Jen Ellis, a teacher from Essex Junction, Vt. She gave them to him 2+ years ago and was surprised when he began wearing them on the campaign trail. They are made from repurposed wool sweaters and lined with fleece made from recycled plastic bottles. pic.twitter.com/ErLr29lY2t

​Users were so inspired by the senator’s look that they (of course) flooded the social media platform with memes:

In the meantime, the senator has responded to the media storm, saying that he was aiming to stay warm rather than be fashionable.

“In Vermont, we dress warm, we know something about the cold,” Sanders told CBS News, “and we're not so concerned about good fashion.”

The 2021 inauguration ceremony was traditionally held in Washington, DC, and took place under increased security following the violent riots at the US Capitol on January 6.