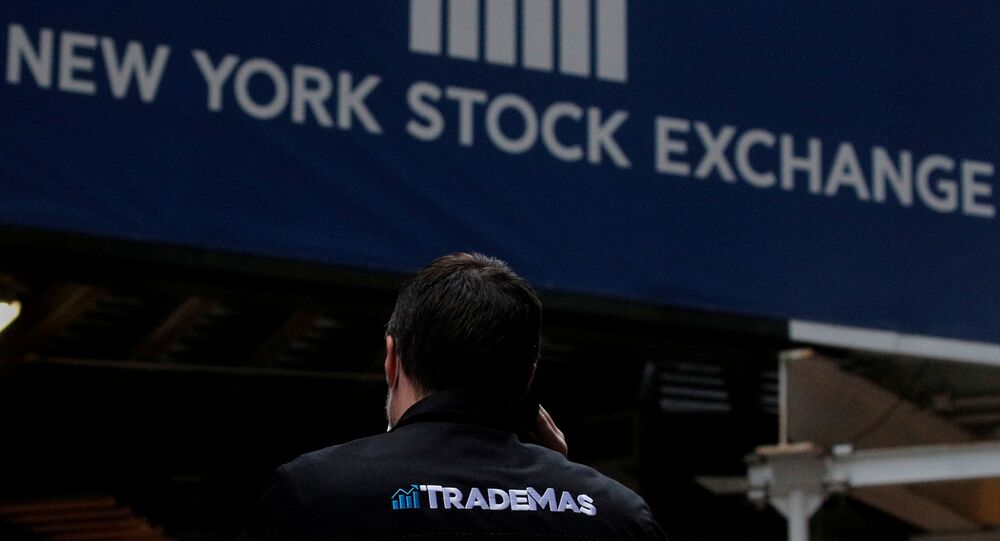 NEW YORK (Sputnik) -  Stocks on Wall Street hit record highs on Wednesday as Joe Biden began his term as the 46th US president, promising to unite the country and restore its economy from the ravages of the coronavirus pandemic.

The Dow Jones Industrial Average, Wall Street’s broadest stocks gauge, settled the day at 31,1888, up 0.8 percent. It hit an all-time high at 31,236 earlier. The S&P 500, a barometer for the top 500 US stocks on the New York Stock Exchange, settled at 3,850, up 1.4 percent, after an all-time high of 3,860 earlier. The technology-laden Nasdaq index, which counts on the performance of tech stock giants such as Facebook, Apple, Amazon, Netflix and Google, was the outperformer of the day, finishing up 2 percent at 13,457. Its session peak was 13,486.

Biden was inaugurated on Wednesday under unprecedented security. The capital city has been garrisoned by more than 25,000 soldiers, building an elaborate system of barricades and control points designed to deflect or discourage any of the slew of insurrectionist plots allegedly planned against the ceremony.

According to figures, during Trump's four years in office, the Dow Jones Industrial Average gained about 56%, resulting in a remarkable 11.8% annualized return.

"President Trump’s annualized Dow return of 11.8% was the best for any Republican president since President Calvin Coolidge in the Roaring Twenties,” Ryan Detrick, LPL Financial Chief Market Strategist, noted. "This was still below the annualized returns of Presidents Bill Clinton and Barack Obama."

Biden's win, which investors expect would generate significant government spending to improve the economy, can be attributed to some of the recent increases. According to CNN report, stocks have gained approximately 13% since Election Day as of Tuesday, the highest post-election market performance for a new president in modern history.