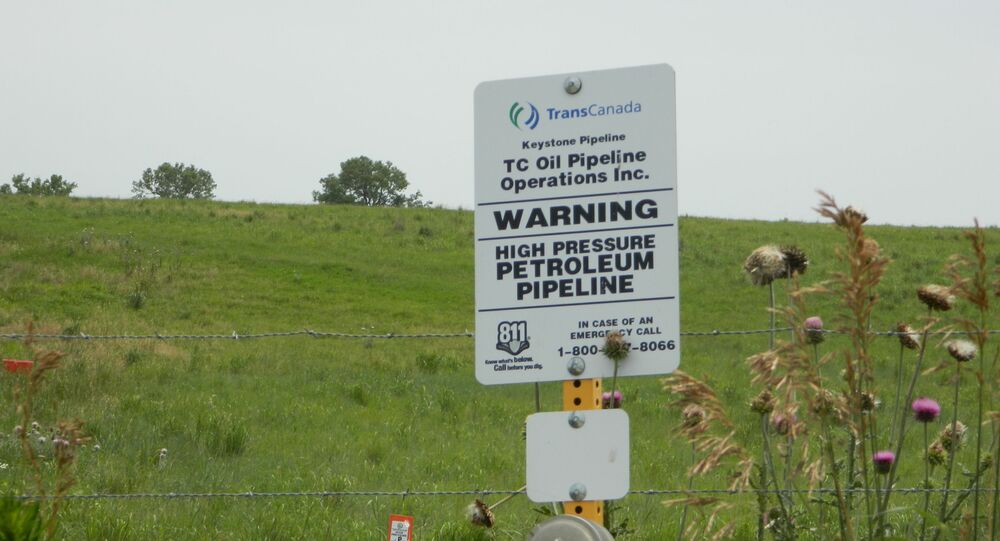 The Keystone XL pipeline was designed to take crude oil 1,700 miles from Alberta in Canada to Steele City, Nebraska. From there it would join existing pipelines taking oil to refineries in Texas and Illinois.

Soon after his inauguration Joe Biden is expected to rejoin the Paris climate accord and he is also reported to be set to sign an executive order cancelling the Keystone XL oil pipeline.

The decision to block the controversial pipeline will come despite last minute lobbying by Justin Trudeau.

Canada has the third-largest oil reserves in the world and the Canadian Prime Minister wants the pipeline to appease the oil industry and to avoid the alternative, which is to transport oil thousands of miles across Canada by train from the Athabasca tar sands in Alberta to the east coast.

​In 2013 a runaway oil train derailed and exploded in the town of Lac-Megantic, Quebec, killing 47 people.

Soon after Trump was inaugurated as US President in 2017 TransCanada cancelled plans for a new pipeline, called EnergyEast, from Alberta to Saint John on the Atlantic coast because it was confident Keystone XL was going ahead.

But Biden is determined to set out a new agenda on tackling climate change and cancelling Keystone XL - which had the enthusiastic support of Donald Trump - will delight environmentalists and Native Americans.

​The pipeline would have crossed Montana, Nebraska and South Dakota and a spillage could have seeped into the Ogallala Aquifer, which provides drinking water for 2.3 million people in the Midwest and helps irrigate thousands of acres of farmland.

The Oglala Lakota tribe in South Dakota - whose forebears included Crazy Bear and Sitting Bull - are among those most opposed to Keystone XL.

Tom Poor Bear, Vice President of the Oglala Lakota Nation, described it as a “black snake crawling across America to bring destruction and death.”

Trudeau released a statement on Tuesday, 19 January, after speaking to Jason Kenney, the head of the provincial government in oil-rich Alberta.

He said: "Canada has made the case for the project, including recently to President-elect Biden, and Ambassador (Kirsten) Hillman and others in government have also been speaking with high-level officials in the incoming administration."

Mr Kenney said had told Trudeau that tearing up the permit Trump had issued for Keystone XL “would damage the Canada-US bilateral relationship.''

The pipeline would carry around 800,000 barrels of oil a day from Alberta to the Gulf of Mexico, mainly for export.

The Obama administration rejected it but President Donald Trump revived it and construction has already commenced.

Trudeau and Trump had a notoriously poor relationship with the Republican President imposing steel tariffs at one point and complaining about unfair state support for Canada’s Bombardier aerospace giant.

The Canadian prime minister was expected to welcome warmer relations with Biden but the cancellation of Keystone XL would start things off on the wrong foot.

Trudeau said: “This moment will mark a new chapter in the incredible relationship between our two countries.”

Trudeau has already cancelled a planned pipeline from Alberta to the Pacific coast and has brought in a national carbon tax.

But he is aware oil is a big earner for Canada and he is trying to balance a climate change agenda with a pro-business attitude.