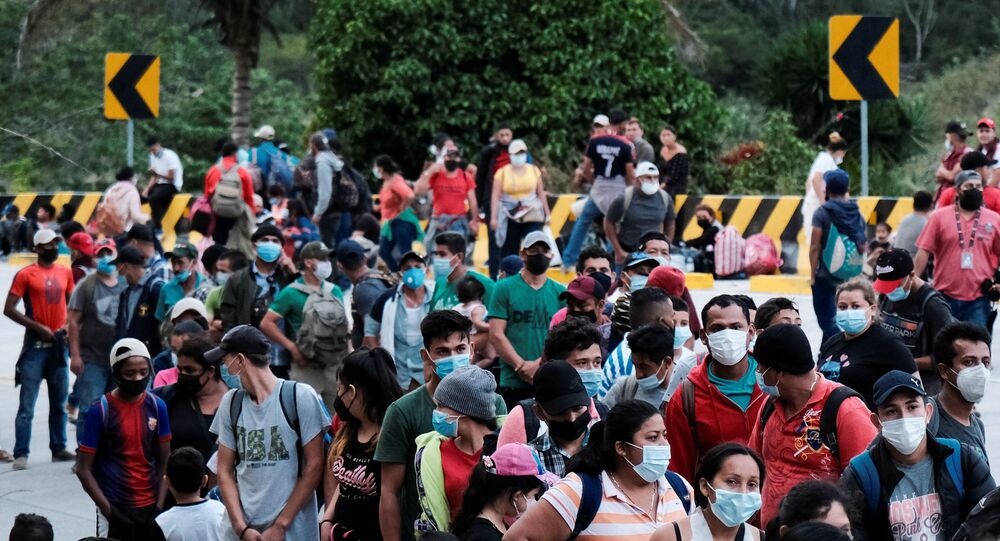 Earlier this week, a Biden transition team member reportedly said that a caravan of Honduran migrants "is not going to be able to come into the United States immediately" due to the current situation at the border.

Incoming White House press secretary Jen Psaki has been pressed by Republican Senator John Cornyn on how the Biden administration will grapple with a migrant caravan that is currently on its way to the US from Honduras.

"Does that include caravans of migrants from Central America?", Cornyn tweeted on Tuesday, shortly after Psaki announced the country's international travel restrictions will remain in place under the Biden administration.

"With the pandemic worsening, and more contagious variants emerging around the world, this is not the time to be lifting restrictions on international travel", she pointed out in a tweet.

Does that include caravans of migrants from Central America? https://t.co/QMR9A9KrMT

The new White House press secretary added that the Biden administration actually plans "to strengthen public health measures around international travel in order to further mitigate the spread of COVID-19".

This followed outgoing US President Donald Trump issuing an executive order on Monday to lift a travel ban on the countries of Europe, including the UK, starting from 26 January. The order, which scraps the restrictions imposed last March due to the COVID-19 pandemic, also permits travel from Brazil.

On the advice of our medical team, the Administration does not intend to lift these restrictions on 1/26. In fact, we plan to strengthen public health measures around international travel in order to further mitigate the spread of COVID-19.

Some members of the caravan of Honduran migrants have, meanwhile, agreed to return to their country after clashes with Guatemalan security forces on Tuesday.

This came a few days after NBC News cited an unnamed senior Biden transition team official as saying that the Honduran migrants "need to understand they're not going to be able to come into the United States immediately".

Joe Biden earlier pledged to create "a fair and humane immigration system", vowing assistance in addressing the causes of immigration that drive people from Latin America to the US.