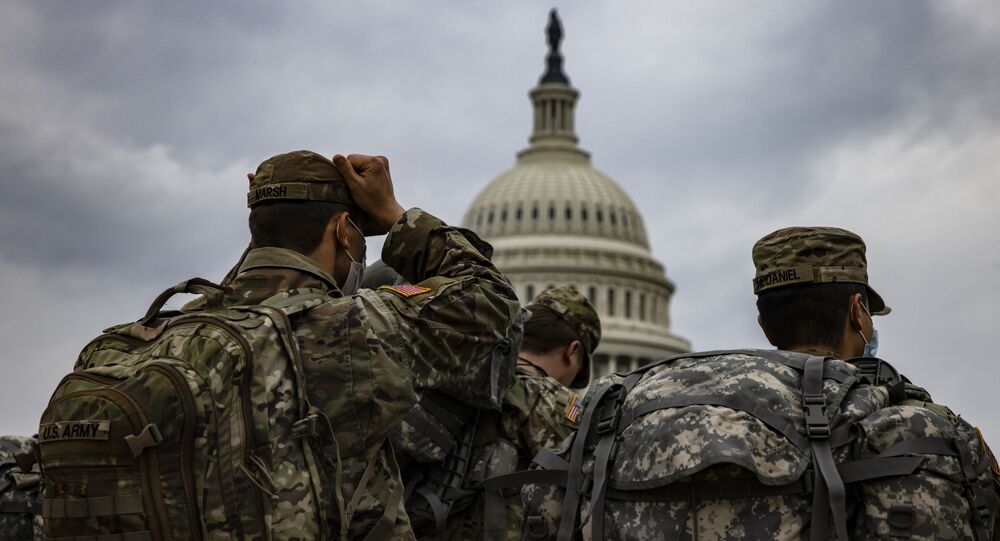 The inauguration of President-elect Joe Biden will take place on January 20 and will make the start of the four-year term of Biden as the 46th president of the United States and Kamala Harris as vice president.

Twelve US Army National Guard members have been removed from the presidential inauguration security mission after it was revealed that they have ties to the right-wing militia groups, according to the Associated Press.

"I'm not concerned as a large part of our organization. If you look at 25,000, we've had 12 identified and some of those they're just looking into, it may be unrelated to this but we want to make sure out of an abundance of caution that we do the right thing until that gets cleared up," General Daniel Hokanson, chief of the National Guard Bureau, said in a press briefing at the Pentagon Monday.

However, the removed members did not pose any threat to President-elect Joe Biden, two US officials confirmed. In addition, the two officials, a senior intelligence officer, and an Army official, did not reveal which fringe group the Guard members were part of or what unit they served in.

“Due to operational security, we do not discuss the process nor the outcome of the vetting process for military members supporting the inauguration," the Secret Service said in a statement, USA Today reported.

The US Pentagon is currently in the process of vetting 25,000 National Guard members who have been brought in to provide security for the January 20th inauguration event.

"QAnon members have discussed posing as National Guard soldiers, believing that it would be easy for them to infiltrate secure areas,” according to the FBI report obtained by the Post.

“We’re monitoring all incoming leads, whether they’re calls for armed protest, potential threats that grow out of the January 6 breach of the Capitol, or other kinds of potential threats leading up to inaugural events and in various other targets. So we’re latched up with all of our partners in that regard,” Wray added, the Post reported.

US President Donald Trump loyalists on January 6 breached the Capitol building in Washington, DC, to protest against the certification of the Electoral College, which would have confirmed Joe Biden as the winner of the 2020 presidential election. The US Department of Justice (DoJ) is currently working to bring charges against more than 100 of the rioters who stormed the Capitol.

Final Preparations in Washington, DC Prior to Joe Biden's Inauguration

From A to Z: Everything You Need to Know About Joe Biden’s Inauguration

US Senate Leader Says Inauguration Will Be 'Safe and Successful'