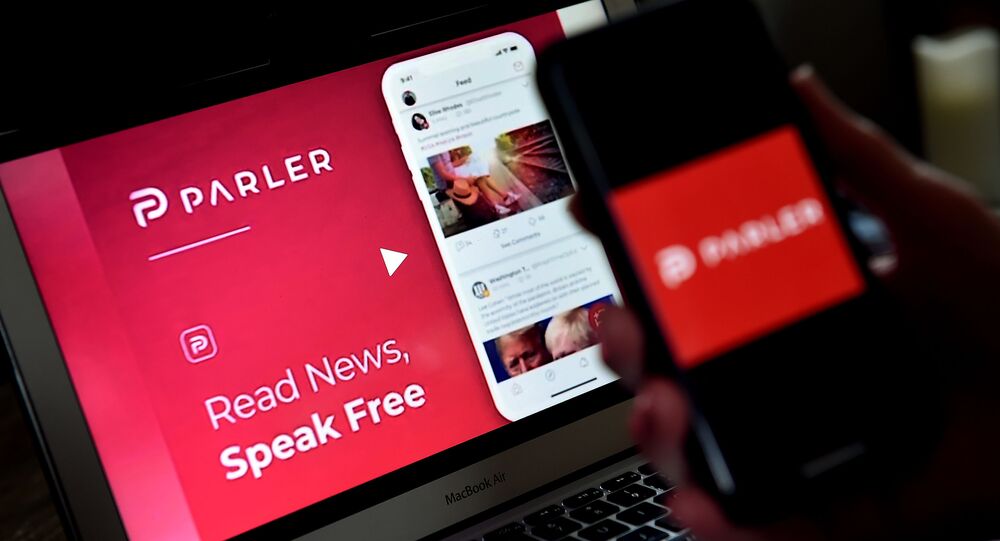 Parler was taken offline on January 10 when Amazon kicked the social media site off its rented servers, claiming it had failed to censor users' post inciting violence. That followed bans by Google and Apple from their mobile device app stores.

Social media site Parler has announced its return eight days after Amazon and other Big Tech giants closed down the "free speech" network popular with conservatives.

Over a week after the site's web address went dark, a page appeared on Monday with a message from CEO John Matze pledging to "welcome all of you back soon."

"Now seems like the right time to remind you all — both lovers and haters — why we started this platform," Matze wrote. "We believe privacy is paramount and free speech essential, especially on social media. Our aim has always been to provide a nonpartisan public square where individuals can enjoy and exercise their rights to both."

The executive ended with a vow to "resolve any challenge before us" and "not let civil discourse perish". Matze revealed last week that smaller firms providing services to the site had suddenly stopped doing business with his company in the wake of the ban by Amazon, Google and Apple.

Online retail giant Amazon forcibly took Parler offline on January 10 by evicting the network from its rented servers, claiming the site was "unable to effectively identify and remove content that encourages or incites violence against others," posing "a very real risk to public safety" in the wake of the January 6 occupation of the US capitol building.

Google also banned Parler from its Google Play utility for phones and tablets using its Android operating system, after the app became the number-one download following Twitter's deletion of US President Donald Trump's account for allegedly inciting the January 6 occupation of the Capitol building by a small number of protesters who split off from his "Stop the Steal" rally outside the White House.

But tech-savvy users can still download the app from internet sites, and install after disabling the block on "third-party" software.

​Parler, which styles itself as a "free speech" social media site, takes a soft touch to moderation stating that it avoids deleting users' posts. By contrast, the dominant tech industry players such as Facebook, Twitter and Google-owned YouTube aggressively delete posts and suspend or ban users for transgressing their rulebook of "community guidelines".

One Twitter user called on the CEOs of the tech monopolies to end their ban on Parler.

On Sunday, Apple CEO Tim Cook defended his corporation's decision to ban the Parler app from the Apple store, effectively stopping iPhone and iPad users from downloading it to their devices.

"We don't consider that free speech and incitement to violence has an intersection," Cook told Fox News, but claimed he would welcome Parler back if it began censoring users' posts. "We've only suspended them. If they get their moderation together they would be back on there."

Meanwhile former Facebook chief security officer Alex Stamos told CNN's Reliable Sources programme he wanted "conservative" news broadcasters like One America News Network (OANN) and Newsmax to be banned from social media sites as well. Both outlets have scooped up viewers from Fox News since the network called the result of the November 3 presidential election for Democrat Joe Biden.

"You now have competitors to Fox News on their right, OANN and Newsmax, which are carried by all the major cable networks, who are trying now to outflank Fox on the right," Stamos said. "We have to turn down the capability of these conservative influencers to reach these huge audiences," he added.

Stamos left Facebook under a cloud after a series of controversies, including failures to delete flagged sexualised images of children.

Senior Republican Congressman Devin Nunes has called for an anti-trust, racketeering and civil rights probe into Amazon, Google and Apple over their shutdown of Parler. The network had a reported user base of 12 million people before it was taken down.