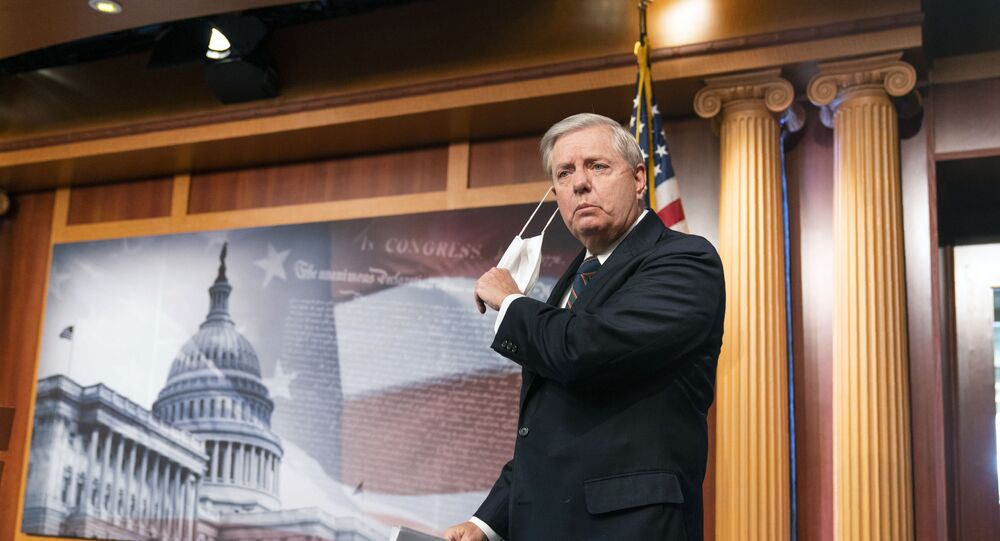 "Both the plain text and the evident purpose of Congress' constitutional impeachment power make manifestly clear that the Congress is without the constitutional power to impeach a president, once he has left office," Graham said in his Sunday letter. "The impeachment power exists to protect the Nation from the harm that an incumbent president might inflict upon the Nation were he to remain in office, not to vindicate political grievances after a president has left office," the Senator asserted.

Graham, a long time Trump supporter, said that proceeding with the impeachment in the Senate would be both unconstitutional and unwise.

"The Senate should vote to dismiss the article of impeachment once it is received in the Senate. We will be delaying indefinitely, if not forever, the healing of this great Nation if we do otherwise. Our obligation to the People we represent is clear. History will judge us harshly, as it should, if we do not rise to the occasion of this historic moment in our history," Graham remarked.

International law specialist Toby Cadman told Sputnik that Trump is the first US president to be impeached twice, but his removal from the post by the Senate is unlikely to occur before the 20 January inauguration of Joe Biden.

With just a few days left in office for Trump, Cadman believes the rush to impose retribution on the outgoing president is intended to strip him of post-presidential privileges and prevent him from ever running for office again.

On January 6, pro-Trump protesters - causing widespread damages and vandalism - violently stormed Capitol Hill in a failed bid to prevent Congress from certifying the presidential election. As a result five people died and more than 170 cases have been open by police in connection with the riots. The US House of Representatives impeached Trump - a second and unprecedented impeachment of a sitting US president - earlier this month over what it accused of "incitement to insurrection".