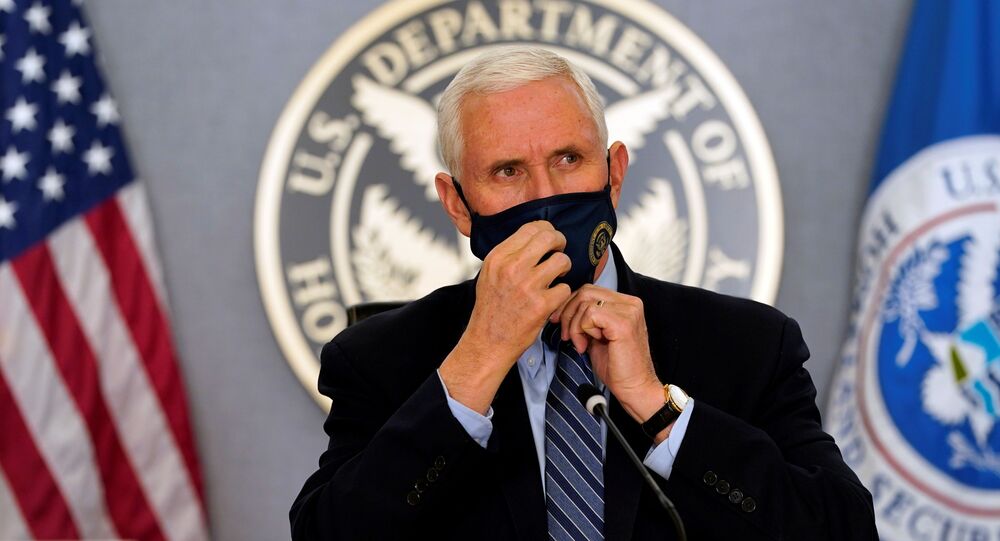 Supporters of US President Donald Trump beached the Capitol building in Washington DC on Wednesday in a failed attempt to protest the certification of the Electoral College vote which cemented Joe Biden as the winner of the 2020 presidential election.

The violent mob of Trump supporters that stormed the US Capitol on January 6 came very close to US Vice President Mike Pence, according to a report by the Washington Post. Pence was not evacuated from the Senate chamber for approximately 14 minutes after Capitol Police first reported that the complex had been breached.

According to the Post, Secret Service officers eventually shuffled Pence, his wife and his daughter, to a room off the Senate floor, after rioters breached the Capitol. Pence and his family had taken refuge in a hideaway moments before the attackers rushed up the stairs to a second-floor landing near the Senate. It is unclear how long it took to evacuate the vice president and his family from his office off the Senate floor to a more secure location in the Capitol complex.

The Secret Service has declined to comment on Pence’s evacuation during the Capitol siege and has simply stated that he was “secure” during the breach.

“While the Secret Service does not speak specifically about the means and methods of our protective operations, Vice President Pence was secure at all times on Jan. 6,” Secret Service spokesperson Catherine Milhoan said in a statement obtained by the Post.

Many Trump supporters were angry with Pence for refusing to block the Electoral College count that cemented President-elect Joe Biden’s win. Many of those rioters called the vice president a traitor as they poured into the building.

According to the FBI, a Trump supporter who was charged this week with trespassing and disorderly conduct after participating in the breach said in a video obtained by the Post, “Once we found out Pence turned on us and that they had stolen the election, like, officially, the crowd went crazy. I mean, it became a mob.”

Another rioter, Jacob A. Chansley of Arizona, who entered the Senate chamber and reached Pence’s chair in the Senate chamber, left a note on the vice president’s desk that read, in part: “It’s only a matter of time, justice is coming.”

Chansley, who has been charged with two felonies, including threatening congressional officials, told investigators that he was happy he reached Pence’s desk because he believed the vice president was a child-trafficking traitor.

Joshua Matthew Black, another rioter who was charged with trespassing and disorderly conduct, said in a video obtained by the FBI, “Once we found out Pence turned on us and that they had stolen the election, like officially, the crowd went crazy. I mean, it became a mob. We crossed the gate.” Black also stated: “We just wanted to get inside the building. I wanted to get inside the building so I could plead(sic) the blood of Jesus over it. That was my goal.”

During the riot, a group of rioters began chatting: “Hang Mike Pence!” according to video footage caught during the breach.

So far, the US Justice Department and the FBI have arrested more than 100 people involved in the deadly January 5 attack which saw five people killed, including a police officer who was beaten to death.

In an internal bulletin obtained by ABC News, the FBI warned this week that it has received warnings of “armed protests” in all 50 state capitols and the US Capitol in Washington DC, next week.

The House of Representatives voted by 232 votes (ten Republicans joined the Democratic bloc) to 197 this week to impeach Trump for a second time, on this occasion for "incitement of insurrection".