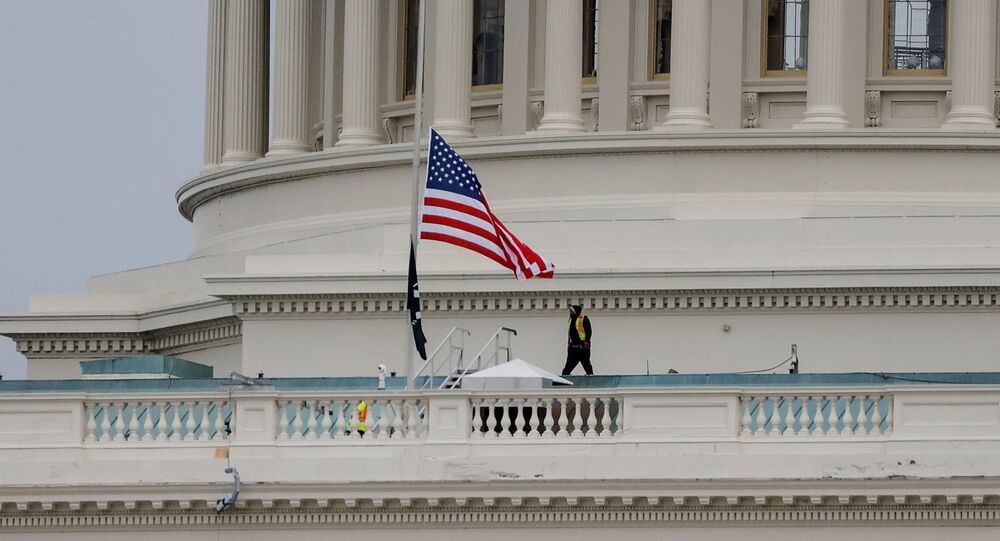 WASHINGTON (Sputnik) - Corporations across America, including big tech companies like Microsoft, Facebook and Google, have announced that they would pull the plug on all political donations after last week’s deadly attack on the US Capitol by a mob of President Donald Trump’s supporters.

“Microsoft’s political action committee decided last Friday that it will not make any political donations until after it assesses the implications of last week’s events,” Microsoft said in a statement on Monday similarly worded to those issued by other US businesses. “The PAC regularly pauses its donations in the first quarter of a new Congress, but it will take additional steps this year to consider these recent events and consult with employees.”

Some companies, including credit card giant American Express, said they were reevaluating political contributions due to the actions of those GOP lawmakers who tried to prevent President-elect Joe Biden’s transition to power.

“Last week’s attempts by some congressional members to subvert the presidential election results and disrupt the peaceful transition of power do not align with our American Express Blue Box values; therefore, the AXP PAC will not support them,” Amex chairman and chief executive officer, Stephen J. Squeri, said in a statement.

Alongside Microsoft and Amex; Facebook, Google, AT&T and Airbnb stated that they would put political donations on hold. US media reports said most major US financial firms, including Goldman Sachs, JPMorgan Chase and Citigroup have initiated a similar freeze, pending reviews.

Shock and outrage seized the United States after Trump’s supporters violently attacked the Capitol last Wednesday to try and block the Congressional confirmation of the Electoral College vote for Biden. Five people, including a policeman on duty and a former female air force veteran who supported Trump, died in the riots.

Later on Wednesday, Republican Senators Josh Hawley, Ted Cruz, Tommy Tuberville, Cindy Hyde-Smith, Roger Marshall, John Kennedy, Cynthia Lummis and Rick Scott voted in an unsuccessful attempt to overturn the results of the Electoral College that certified Biden’s presidential election win in November. Their failed attempt saw Congress uphold the victory of Biden, a Democrat, who will be sworn in on January 20.

Trump, who has refused to concede to Biden, is under pressure to resign or be forced out of office before his term ends in the next nine days.