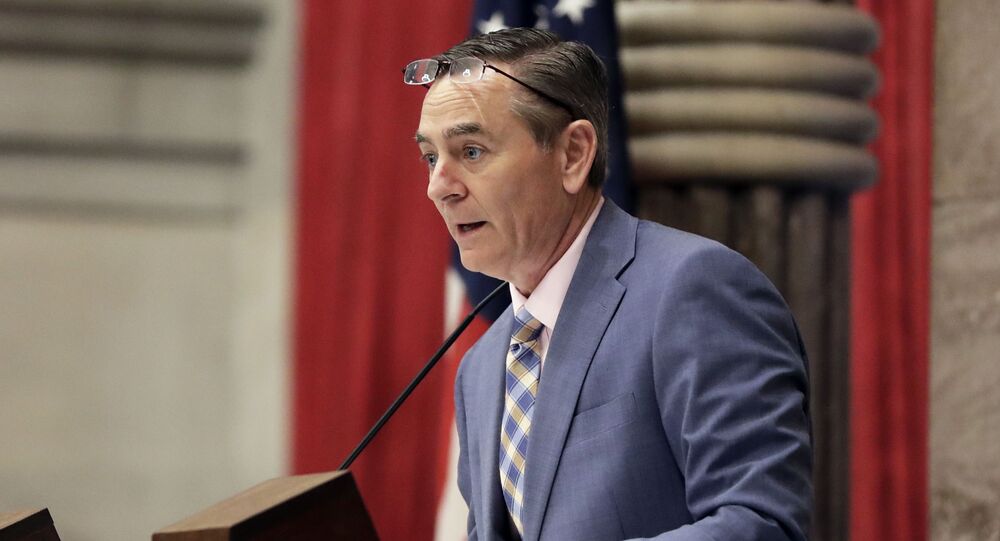 Former Tennessee House Speaker Glen Casada resigned from his post in 2019 after it was revealed that he had previously exchanged sexually explicit text messages about women with Cade Cothren, his former chief of staff. Casada was reelected to the state's House of Representatives in November 2020.

FBI agents on Friday searched the homes and offices of several Tennessee state lawmakers and officials. Casada, Cothren and state Reps. Robin Smith and Todd Warner all had their residences and offices searched, according to David Boling, a spokesperson for the US attorney's office for the Middle District of Tennessee, CBS reported. The FBI also searched the office of state Rep. Kent Calfee, according to The Tennessean.

The exact scope of the investigation is unknown. Boling declined to provide any details on the raids, simply noting that none of them were related to the riots at the US Capitol on Wednesday.

​"I can only confirm the presence of FBI agents at these locations and cannot comment on the nature," Boling told NBC News.

The state's current House speaker, Cameron Sexton, told reporters on Friday that the searches were part of an ongoing investigation related to Casada’s former office.

"I have been, and I will continue to be in full cooperation with the authorities as their investigation continues," Sexton told reporters Friday, WRCB-TV reported.

"This has been a trying week for our country, and this will be a difficult time for our state as well as we go down this road. Personally‚ these are our friends and colleagues of ours that we worked with for many years. It’s important to remember that this is just the start of the investigation and the process, and not the end. Today does not necessarily imply guilt,” Sexton added, Fox News reported.

“On the advice of both Ethics and Legal Counsel, I am placing everyone that was subject to the execution of today’s search warrants on administrative leave until further notice,” Sexton continued.