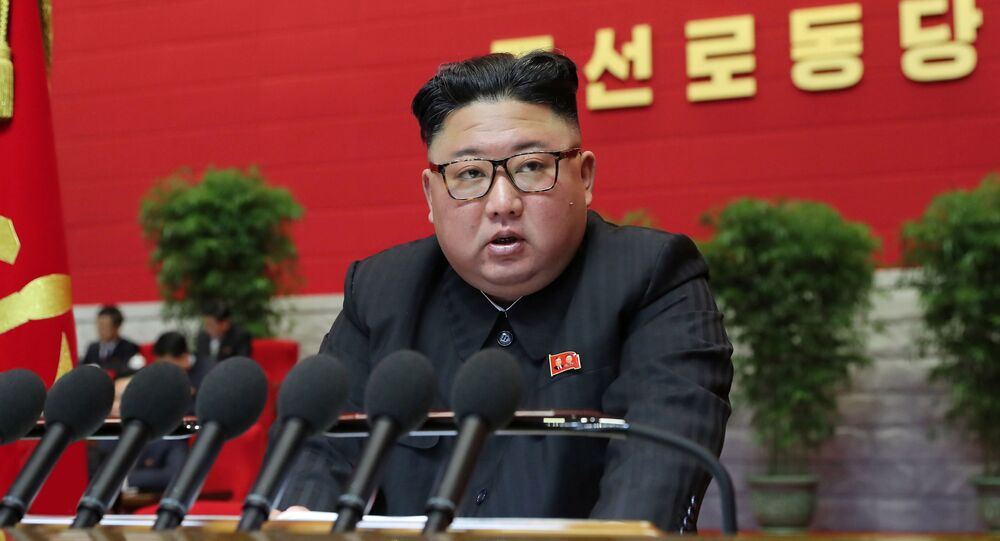 Relations between Washington and Pyongyang have become even tenser after US President Donald Trump rejected Kim's proposal to lift some sanctions in exchange for reciprocal steps on North Korea's part.

DPRK leader Kim Jong-un says that the United States must end what he called hostile policies towards North Korea in order to improve relations between the two states, Yonhap news agency reported on Saturday.

According to Kim, North Korea should continue to develop its nuclear arsenal, but will not use it “unless hostile forces try to use nuclear [weapons] targeting us.”

He also called the US the “biggest enemy” of his country.

“It is necessary to do so as to actively and fully deter and control the military threat that is forced on the Korean Peninsula, improving nuclear technologies, reducing the size and weight and increasing the strategic power of nuclear weapons,” Kim said as quoted the Korean Central News Agency (KCNA).

Kim said it was necessary to develop strategic nuclear weapons that could be used in modern war in a variety of ways, depending on the target and the operation task.

Something tells me Kim's not keen on denculearization.

Experts have suggested that Pyongyang could possibly conduct a nuclear or long-range missile test ahead of or just shortly after the inauguration of US president-elect Joe Biden, using it as “leverage” in the denuclearization negotiatioms.

Kim's comments came a few days before Biden is set to take the oath as the next US president on January 20, with many assuming his administration would pursue changes in US foreign policy, especially concerning Iran and North Korea. However, Kim said the US policy towards North Korea would not change, and this did not depend on who held the leading positions in the White House.

The North Korean leader reiterated his earlier statements that relations between Washington and Pyongyang worsened during the Trump administration, and this would continue if the US does not give up on "the hostile policy toward the DPRK in disregard of the agreements" made at the summit in 2019.

Trump sacked Bolton in September 2019, citing differences over a number of issues. Apart from pushing for tougher policies on North Korea, Bolton, who was known as one of the most “hawkish” officials in the Trump administration, also believed the US should deepen its involvement in Venezuela's affairs and strengthen pressure on Iran.

The denuclearisation talks have been stalled after abruptly wrapping up in Hanoi in February 2019. The meeting in the Vietnamese capital promised progress in negotiating for a normalisation of ties, the prospect of denuclearising the Korean Peninsula and lifting sanctions on the DPRK. However, Trump walked away after they hit an impasse on proposed US sanctions relief and how much of its weapons program Pyongyang was willing to shutter.

Following the failure in Hanoi, Pyongyang quickly resumed its nuclear activities, launching short and medium-range missiles which it had suspended while it was negotiating with Washington. A leaked UN Security Council report, which was published in August, alleged that Pyongyang had obtained miniaturized warheads that may be attached to ballistic missiles.